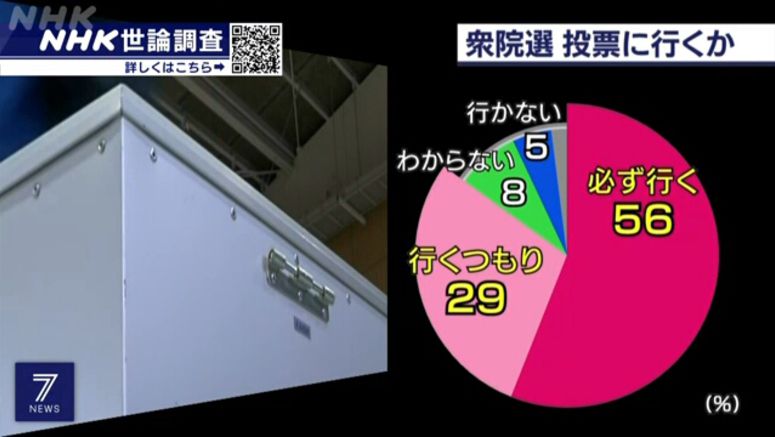 More than 2,900 people, aged 18 or older, responded to the phone survey held over a 3-day period from Friday.

The approval rate for Prime Minister Kishida Fumio's Cabinet was 46 percent, down 3 percentage points from a week before. The disapproval rate rose 4 points to 28 percent.

Asked what issues they feel are important in the coming election, 34 percent chose economic and fiscal policies, while 22 percent selected measures against the coronavirus. Another 22 percent went for reviewing the country's social security system; 6 percent for diplomacy and national security; another 6 percent for environmental and energy policies; and 3 percent for constitutional amendments.