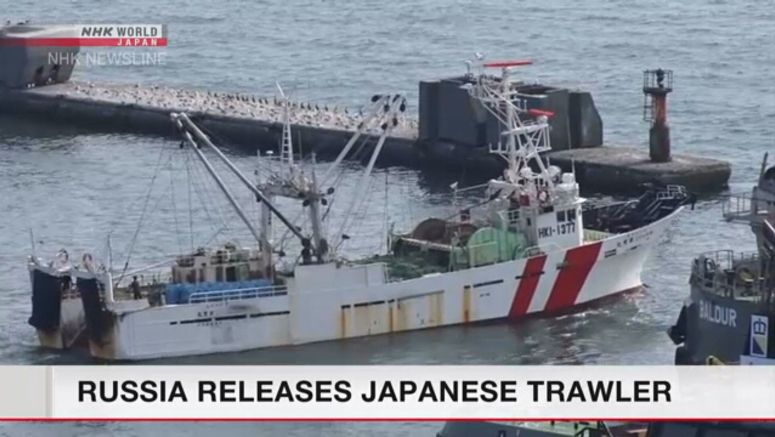 Russian authorities have released a Japanese fishing boat and its 14 crew members after nearly two weeks of detention.

But officials in Tokyo had lodged a protest with their Russian counterparts.

They said they have confirmed the boat had been operating in waters within Japan's jurisdiction.

NHK journalists spotted the vessel when it left a Russian port on Thursday.