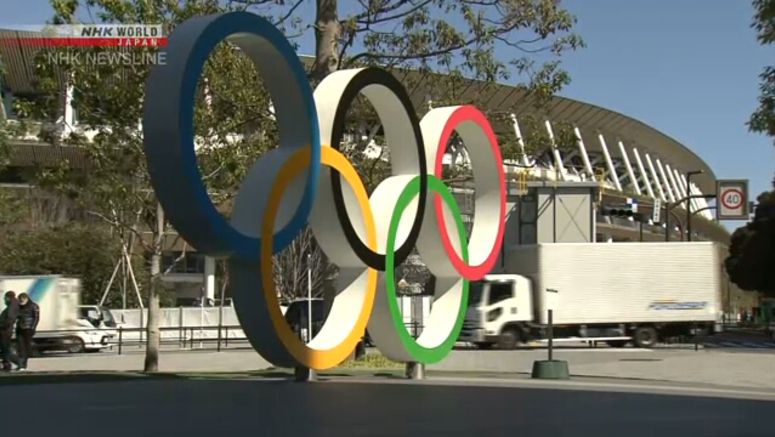 Preparations are underway to hold test events for the Tokyo Olympics and Paralympics Games starting next month, and five of the events are likely to include international athletes.

The purpose of the test events is to identify any problems by putting on events in the same venues where the Olympic Games will be held.

A total of 18 test events will be held from April until May, with anti-coronavirus infection measures in place. The first will be the para rugby event which starts on April 3.

Coordination is underway to hold five of the test events with foreign athletes taking part.

They include the Diving World Cup to be held at the Tokyo Aquatics Centre starting April 18, a marathon event to be held in Sapporo, Hokkaido, northern Japan, on May 5, and an athletics event at the Olympic Stadium on May 9. The Diving World Cup will also serve as an Olympic qualifying round.

The Tokyo Olympic organizing committee and sporting bodies are in talks with Japan's government on how many athletes will take part from abroad, and how they will be handled in terms of quarantine in entering and leaving the country.

Strict measures to prevent coronavirus infections are expected to be taken, including limiting the movement of foreign athletes to their hotels and the event venues.

Four events, excluding the marathon, are scheduled to take place with spectators.