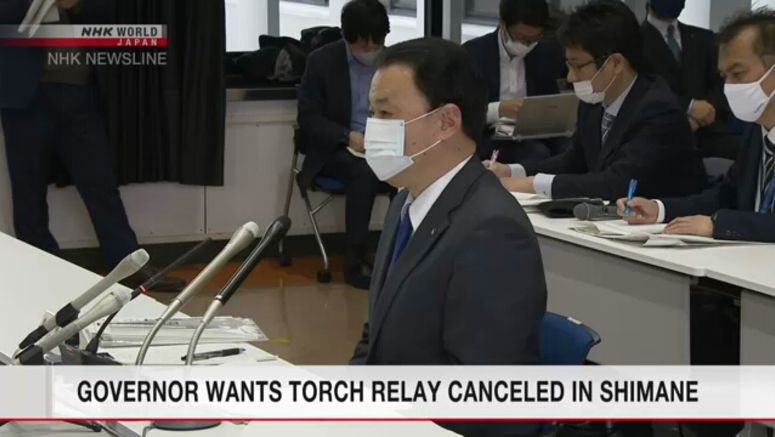 A Japanese prefectural governor is expected to announce that he wants to cancel a section of the Olympic torch relay scheduled for May in his prefecture.

Shimane Governor Maruyama Tatsuya has been critical of the central government and the Tokyo Metropolitan Government over their handling of the coronavirus outbreak. He has said the Tokyo Olympic Games, scheduled for the summer, should not be held unless the virus situation improves.

Maruyama told NHK that he is considering announcing his intention to withdraw from participation in the relay at the prefecture's extraordinary executive meeting later on Wednesday.

Japan's Chief Cabinet Secretary Kato Katsunobu declined to comment on the matter. He said in a news conference on Wednesday that the prefectural committee has yet to reach a conclusion.

He also said the Olympics organizing committee is working to ensure anti-virus measures during the relay in consultation with the executive committees of prefectures.