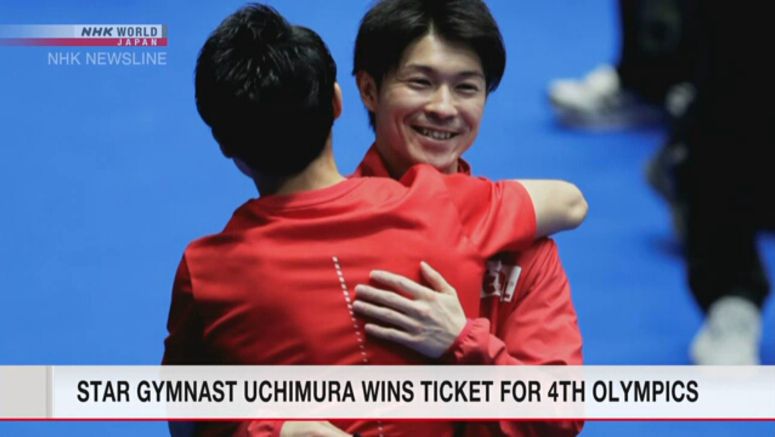 The 32-year-old provisionally secured his spot through a points-based qualification system for individual events following his performance at the national apparatus championships in Takasaki City, central Japan, on Sunday. It was the final qualifying round for Japanese gymnasts seeking a place at the Tokyo Games.

Uchimura won silver medals in the team and individual all-round events at the 2008 Beijing Olympics when he was 19 years old.

He won gold medals in the individual all-round category at two consecutive Olympics in London in 2012 and Rio de Janeiro in 2016.

In the team events, he led Japan's national Olympic teams to silver in London and gold in Rio de Janeiro.

In February last year, Uchimura decided to concentrate on the horizontal bar category in an effort to improve his shoulder pain and reduce the burden on his physique.