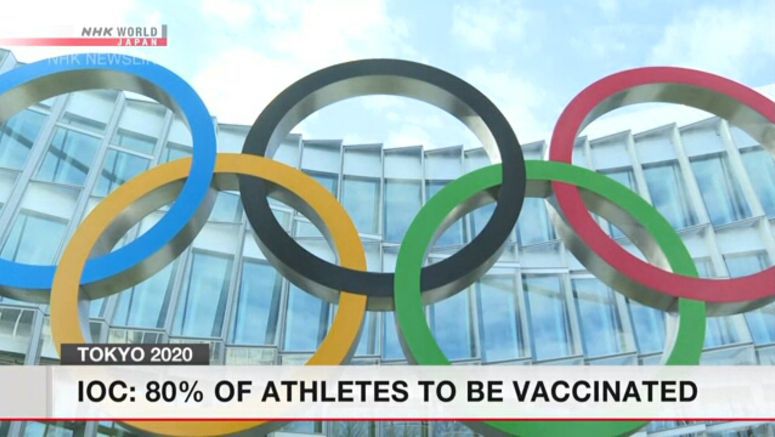 The International Olympic Committee says about 80 percent of athletes and coaches participating in the Tokyo Olympics will have been vaccinated by the opening of the Games.

The announcement followed the second day of an online IOC board meeting on Wednesday. The Tokyo Olympics and Paralympics organizing committee briefed the meeting on the progress of preparations for the Games, which are less than 50 days away.

At a news conference on Wednesday, IOC Olympic Games Executive Director Christophe Dubi said the figure is based on a survey of the Olympic committees of the participating countries and territories.

It was also reported in the meeting that about 8,500 athletes, or 76 percent of the prospective athletes, have qualified for the Games, and that the rest will be selected based on their rankings and final qualifier results.

The final editions of the "Tokyo 2020 Playbooks" are scheduled to be published next week.

Dubi said that as a prerequisite, all reporters and other relevant officials will be required to quarantine for 14-days after they enter Japan. He stressed that regardless of whether they have been vaccinated, the 14-day isolation measures will be observed without exceptions.