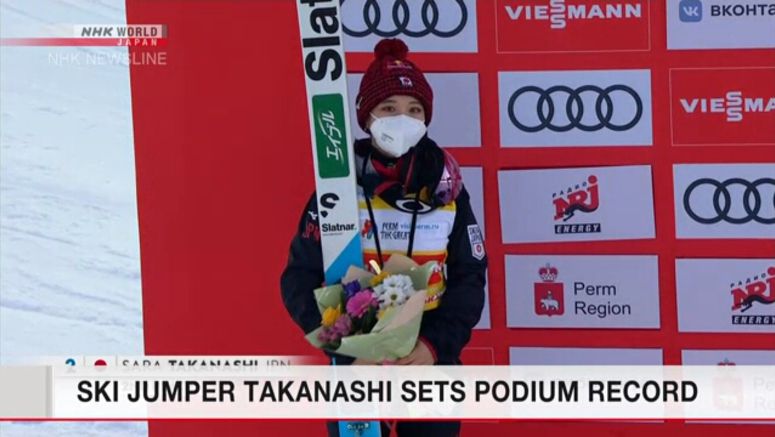 The Japanese star finished second in an event in Russia on Friday. She landed a pair of solid jumps, both 94.5 meters. Austria's Marita Kramer came first.

It's the seventh consecutive podium finish for Takanashi, and her 109th overall. The previous record was set in the men's competition by Finland's Janne Ahonen.

Takanashi expressed pride at improving her jumps, despite struggling during qualification.

The 24-year-old is in her 10th season on the World Cup circuit. She has finished third or higher in 70 percent of the 157 events she has competed in.