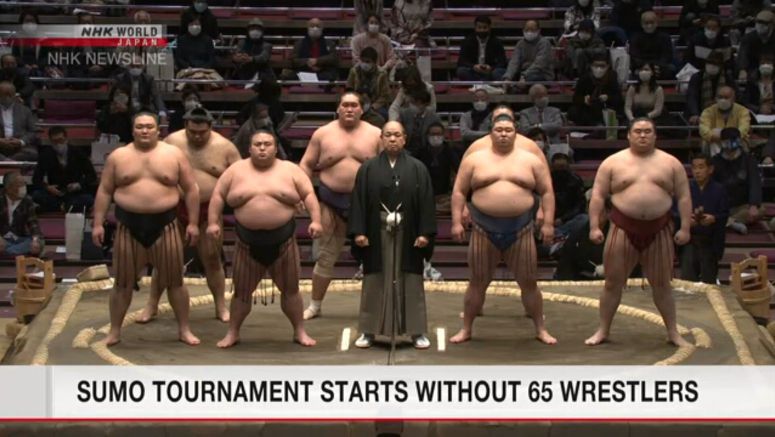 The New Year Grand Sumo Tournament kicked off at Tokyo's Ryogoku Kokugikan arena on Sunday without 65 wrestlers belonging to four stables who either tested positive for the new coronavirus or were in close contact with those who did.

Yokozuna Grand Champion Hakuho was among the wrestlers who tested positive.

Following the declaration of a state of emergency in Tokyo on Friday, the Japan Sumo Association capped the number of spectators at 5,000.

Chairman Hakkaku apologized for the concerns caused by the infection of multiple wrestlers. He said the association is implementing detailed preventive measures as advised by experts, such as testing all members.

Food and drinks are banned at the venue, and the association is limiting the number of people who can enter the eating area at one time.