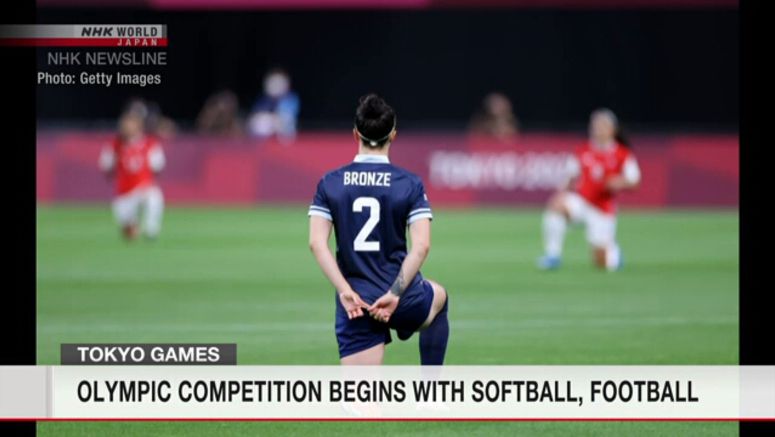 Players of the British women's football team have taken the knee before their first match at the Tokyo Olympics to express their opposition to racism.

They made the gesture before the match with Chile at a stadium in the northern prefecture of Hokkaido on Wednesday.

The Olympic Charter prohibits any kind of demonstration or political, religious or racial propaganda at venues or elsewhere. In the 1968 Mexico Olympics, two athletes from the US were expelled from the Games after raising their fists on the podium to protest discrimination against Black people.

But some of the rules have been eased at the Tokyo Games. The British squad had announced it would make the gesture before their matches.