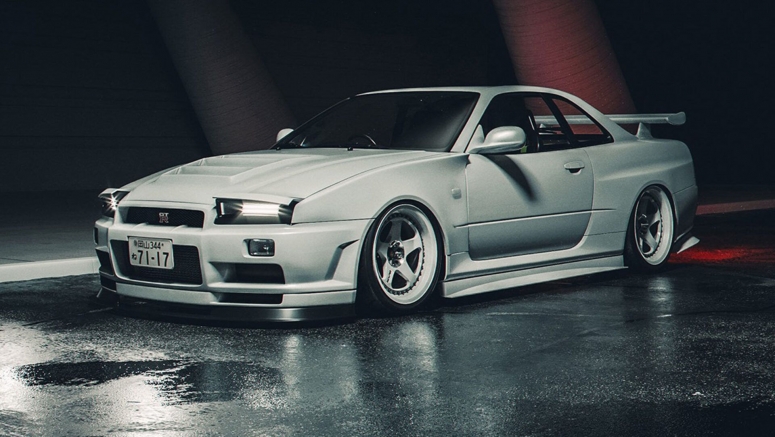 We can all agree that the R34-generation Nissan Skyline GT-R is one of the most iconic performance cars to ever come out of Japan with rare variants proving to be very expensive and collectible.

Did you buy a new Toyota Supra, BMW Z4 or 3-Series this year in the United States? Well, then, don’t go anywhere, because this news might concern you.

Lexus is taking the illumination of the road ahead to new levels with a state-of-the-art technology that will be introduced later this year in the facelifted RX crossover.

The 2018 Toyota Camry has improved in many, many ways. It's actually both engaging to drive in a straight line and in corners, and it has styling that can raise your heart rate. But for consumers, two of the most important upgrades are the headlights and automatic emergency braking, which have improved enough to earn the Camry the IIHS's highest safety rating, Top Safety Pick +.

According to the IIHS, every model of Camry has headlights that are at least "Acceptable," the second-highest rating from the organization, and there are turning headlights available that earn the highest rating of "Good." This is a significant improvement over the previous generation, which had four variations of headlights, only one of which was rated "Acceptable." Another set was rated "Marginal," and two sets of LED lights were rated "Poor."

The long-awaited Toyota Supra has been spied once more, this time revealing the production vehicle’s headlamp setup.

Aside from the new LED headlights, this latest prototype is wearing the same amount of camouflage as the vehicle spotted doing cold weather testing in March.

Fuji Heavy Industries (FHI) Ltd equipped the new "Impreza" with a system that enables to continuously change the direction of light from the LED headlights from high to low beams.

It goes without saying that driving in low light conditions is a ton all the more difficult contrasted with doing so in wide sunshine. All things considered, you can never entirely tell exactly when your eyes may miss something in front of you, bringing about a disaster or an undesirable crash.

Mazda Motor Corporation will showcase its Adaptive LED Headlights (ALH) next-generation headlamp technology at CEATEC JAPAN 2014, a comprehensive exhibition of cutting-edge IT and electronics.*1 ALH represents the next step in the evolution of Mazda's i-ACTIVSENSE advanced safety systems, offering enhanced recognition support when driving at night. Mazda will also exhibit a Mazda3 featuring a unique implementation of automated driving technology, part of the company's long-standing goal of offering driving pleasure for all to enjoy.

Nissan has been very careful to keep the Juke looking as good as it always has. The model they have brought to Geneva suffers no big changes over the outgoing variant, but it does feature new-shape headlights, the manufacturer’s new grille and some fresh tech options.

The headlight switch is located on the multifunction lever to the left of the steering column.

See this stunning demo that illustrates our most advanced headlights ever.

Acura took the wraps off its all-new 2014 RLX luxury-performance sedan – the most powerful, spacious, and technologically advanced Acura sedan, ever.