Toyota has just hit a major milestone, announcing that it has sold in excess of 15 million hybrids around the world. 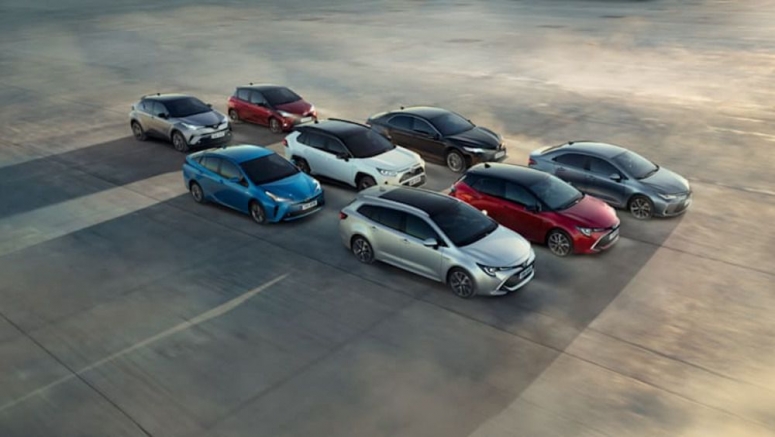 Toyota has made hybrid technology a key component of its business plan and company personality since it first launched the Prius back in 1997. The Prius was the first mass-produced gas-electric hybrid vehicle on the road, and it has been at the forefront of hybrid culture ever since. Nearly a quarter-century later, Toyota continues to be one of the leaders in the green space, a fact backed up by a recently reached milestone. Toyota, including Lexus, has now sold more than 15 million hybrids worldwide.

Although hybrids initially earned a reputation as quirky vehicles lacking, er, enthusiasm, the word is no longer a harsh restrictor. Today, Toyota has a fairly big lineup of vehicles with varying levels of hybridization and diverse purposes. In total, Toyota of America offers eight different hybrids, including the fuel cell Mirai. The bunch includes a small sedan, a large sedan, a premium large sedan, a two-row crossover, a three-row crossover, and two flavors of Prius hatchback. Plus, Tundra and Tacoma hybrid pickup trucks are also expected in the not-so-distant future.

Mazda will launch a handful of new vehicles and powertrains in the coming years to ensure it meets tougher CO2 emission targets in Europe.

Toyota is a firm believer in fuel cell cars and is one of the very few car makers that currently offer such a car, the Mirai, right now.

NAGOYA, Japan — Toyota and Suzuki on Wednesday said they planned to produce electric vehicles and compact cars for each other to better compete with fast-changing technologies in the global auto industry. The agreement follows an initial R&D tie-up announced by Japan's No. 1 and No. 4 automakers in 2017, and will see more vehicles produced by Suzuki for Toyota, one of the world's biggest carmakers. Although Suzuki is far smaller, it is a dominant force in the fast-growing Indian market. The two automakers have been pooling their strengths. Toyota is a leader in hybrid technology and is investing heavily in automated driving, while Suzuki specializes in affordable compact cars — as many automakers struggle to keep pace with ballooning investment in EVs and self-driving cars. Under the latest agreement, Suzuki will source gasoline hybrid systems for cars it sells worldwide from Toyota, which pioneered hybrid vehicles with the Prius more than 20 years ago, the companies said in a joint statement. In return, Suzuki will produce two compact models for Toyota in India based on its Ciaz and Ertiga models. Further cooperation with Suzuki will help Toyota expand its presence in India, the world's fifth-largest passenger car market where it has struggled to grow sales due to lean demand for its lower-cost models. The deepening partnership between the two automakers will enable cost-conscious Suzuki to tap into Toyota's R&D firepower to develop lower-emission vehicles and self-driving cars — areas which Suzuki has admitted it is struggling to keep up. "We believe that the expansion of our business partnership with Suzuki ... will help give us the competitive edge we will need to survive this once-in-a-century period of profound transformation," Toyota President Akio Toyoda said in a statement. The two automakers will deepen their cooperation in India, where Suzuki's hybrid vehicles will be made using engines and batteries locally produced by Toyota. They will also join forces in Europe, where Toyota will produce electric vehicles based on its RAV4 SUV crossover and Corolla wagon for Suzuki, while Suzuki will supply Toyota with gasoline engines for compact vehicle models sold in the region. Suzuki will also produce its Baleno, Vitara Brezza, Ciaz, and Ertiga models for Toyota which will be rebranded and renamed as Toyota models for the African market.

Toyota and Suzuki announced the details of their new global partnership, which will see the two companies working together on hybrids and compact vehicles on a global scale.

While General Motors is stopping production at several U.S. plants, Toyota has announced it is ramping up investment in U.S. production by an additional $3 billion, for a total of $13 billion by 2021.

The biggest story out of the Subaru camp in Geneva is the new Viziv Adrenaline concept, but two more pedestrian reveals have much higher impacts on immediate production. Subaru debuted the new e-Boxer hybrid powertrain in both the Forester and the XV, the first electrified Subarus for Europe.

The unveilings come after Subaru showed off the Forester STI e-Boxer concept at the Tokyo Auto Salon, which somewhat predicted what we'd see here. Unlike America's XV Crosstrek hybrid that uses a plug-in setup, these models are cordless. In fact, from the outside, the only real indication these are hybrid models are a couple tiny badges on the front quarter and the rear, as well as some trim-specific styling.

Subaru will be bringing two electrified "e-Boxer" models to the Geneva Motor Show next month, as Autocar reports. While the manufacturer hasn't announced which models these electrified cars will be, it is likely that at least one of them will be the e-Boxer version of the Forester, which Subaru showed at the 2019 Tokyo Auto Salon.

Another possible model for the Geneva unveiling can be the Crosstrek's hybrid version, branded XV for the European market. The hybrid Crosstrek is Subaru's first PHEV model, and it uses Toyota's 8.8-kWh battery pack mated to a 2.0-liter boxer engine.

For owners of Toyota’s hybrid vehicles such as the Prius or C-HR compact crossover SUV, you might want to get in touch with your local Toyota dealer because the company has recently announced that they will be recalling over a million hybrids due to a potential fire risk. For those in the US, this will affect about 192,000 units.

Toyota has been late to jump on the electric vehicle bandwagon and it appears the company is still hesitant despite announcing plans to offer an electric version of the C-HR / IZOA in China.

Toyota has been selling electrified cars for more than two decades now, launching the Prius hybrid in Japan in 1997. Back in the fall of 2015, the automaker announced a number of goals as part of its "Environmental Challenge 2050." One of those was to sell 1.5 million hybrids (including its Lexus brand) annually by 2020. Toyota has announced that is has already achieved that goal, selling 1.52 electrified vehicles in 2017.

That's an 8 percent increase of Toyota's 2016 hybrid sales, and means the company has sold more than 11.47 million electrified vehicles since it began. Toyota says that represents a reduction of more than 90 million tons of CO2. Last year's achievement "is a testament from our customers to the quality, durability and reliability of our electrified powertrains," says Toyota Executive VP Shigeki Terashi, "and, thanks to them, has led us to establish a solid and sustainable foundation for mass producing a more diverse portfolio of electrified vehicles across our range moving forward."

With the European market increasingly turning its back on diesel, hybrid models are gaining more and more traction, but which one is the best?

The car that has made its name a synonym with the term “hybrid” is the Toyota Prius, which is currently in its fourth generation, though now it has to face an ever-increasing number of rivals, such as the Hyundai Ioniq and the Kia Niro.