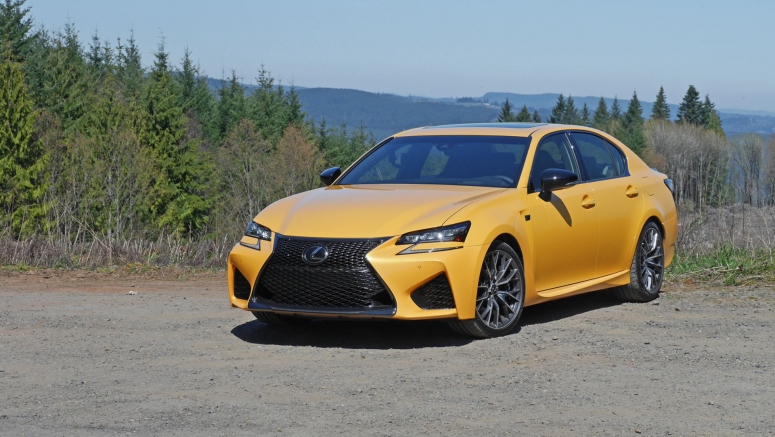 You don't hear much about the 2020 Lexus GS F. It's been out for a while now, the model having debuted for 2016 and the base GS sedan stretching all the way back to 2012. That's an awful lot of time for the automotive world to whiz by, especially in the upper echelon of performance sedans. Packing 467 horsepower is suddenly weak sauce when rivals have crested the 600-hp plateau. The fact that Lexus still hasn't convinced the automotive enthusiast community at large that it actually makes compelling performance machines certainly doesn't help.

To be perfectly honest, I have avoided testing the GS F for several years now. "Who's going to buy that?" I've pondered, considering all of the above plus its $85,000 price tag. Nevertheless, I've got more time on my hands these days to test more cars and a Lexus Flare Yellow paint job is impossible to ignore, so hey, why not?

Well, after a week, I didn't want to turn over the keys. When faced with first-world automotive journalist problem of picking between the the Flare Yellow GS F and the BMW M340i also parked out front, I quickly chose the Lexus. And if I had $85,000 to spend on a high-powered luxury sedan, I honestly think I'd happily choose it over the Germans that outdo it on paper.

However, all of that extra output and all of those quicker times are also indicative of the very reason the GS F remains so desirable. It doesn't have a turbocharger, ensuring unencumbered response, a zesty 7,800-rpm redline and marvelous noises that don't require the sound enhancement feature Lexus throws in anyway (and that I turned off). It also doesn't require all-wheel drive to quell elephantine gobs of tire-shredding turbocharged torque, thereby letting the front wheels simply handle the steering. The rears, meanwhile, can smoke away and swing loose should you disable the appropriate settings to do so.