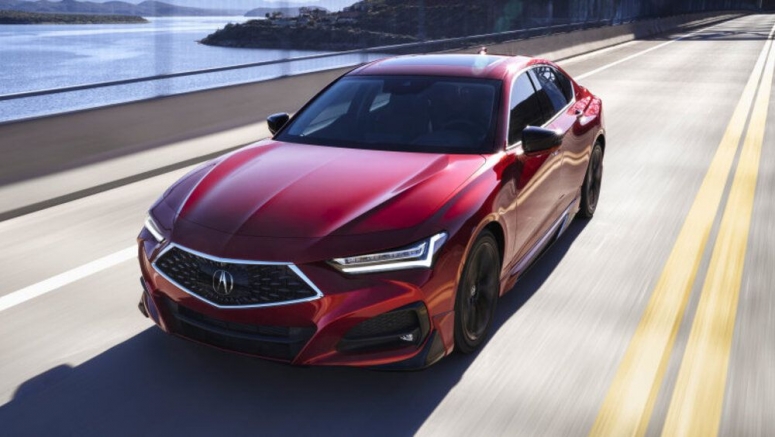 When it arrives in showrooms this fall, the 2021 Acura TLX will be the first vehicle equipped with the new three-chamber front passenger airbag design Honda announced last year, reinforcing the automaker's commitment to infused the sports sedan with state-of-the-art safety bonafides.

As explained in the video above, the new airbag was designed and developed by engineers at Honda's R&D campus in Ohio and auto supplier Autoliv to mitigate the risk of severe brain trauma associated with angled frontal collisions. With its official launch in the 2021 TLX, the airbag will begin to be offered to other automakers through Autoliv.

Work on the new airbag design stemmed in part from a 2013 U.S. Department of Transportation study that used MRI scans to look at brain injuries resulting from vehicle accidents and led to the creation of Brain Injury Criteria methodology for measuring brain injuries in vehicle crashes. Accordingly, Honda and Autoliv designed an airbag that does away with the traditional single-inflatable chamber in favor of something likened to a catcher’s mitt, with a central "sail panel" net catching and slowing down the head and directing it inward between the two inflated side chambers. The idea is to better manage lateral forces in a collision that can cause an occupant’s head to rotate severely and at high velocity.

Honda is hailing the new airbag as a major advance in airbag design. It follows the company’s introduction, in 1990, of the first vertically deploying front passenger airbag for the 1991 Acura Legend, a design that became broadly adopted in the industry.

Honda is packing lots of other safety features into the 2021 Acura TLX, including knee airbags for driver and front passenger, both contained beneath a panel on the underside of the instrument panel, and eight airbags total, the most ever for the model. It will also come standard with the AcuraWatch suite of advanced safety and driver-assist technologies and Acura’s Advanced Compatability Engineering body structure, which has been advanced to boost occupant safety by redirecting energy away from the passenger compartment in a frontal crash. Acura says it expects to get a five-star crash rating from the National Highway Traffic Safety Administration and a Top Safety Pick+ rating from the Insurance Institute for Highway Safety.

Acura hewed closely to the Type S concept from last year in styling the new TLX, borrowing the former’s crisp lines and creases and low-to-the-ground stance. Standard is a 2.0-liter turbo-four making 272 horsepower and 280 pound-feet of torque, with an available 3.0-liter turbocharged V6 promising a big upgrade over the outgoing 3.5-liter V6. Both engines will send their power through a 10-speed automatic transmission. It also sits on a new and stiffer platform, with a new suspension setup and Type S and A-Spec packages available.