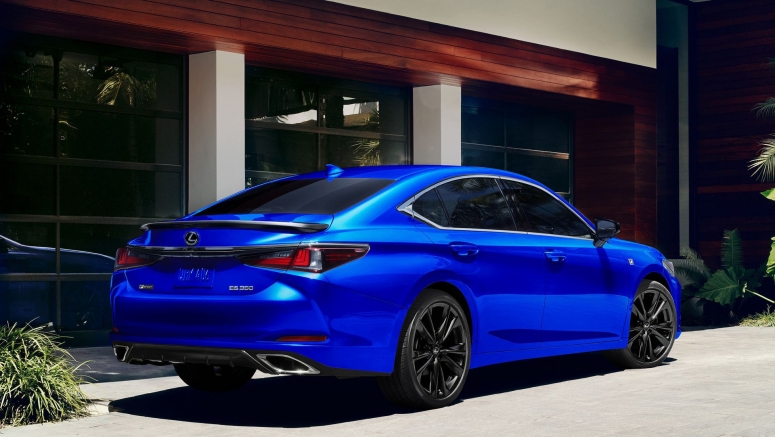 Toyota engineered a Camry with all-wheel drive, so transferring it over to the Lexus only makes sense. The 2021 Lexus ES 250 AWD debuts today, adding all-wheel power to the ES for the first time. Lexus teased the possibility of an all-wheel-drive model at this generation's launch, but it hasn't been officially announced until now.

Just like the newly-available Camry AWD, this one is exclusively paired with a four-cylinder engine. Besides the Hybrid model, the ES was only offered with a naturally aspirated V6. Now the 2.5-liter four-cylinder migrates to the Lexus with 203 horsepower and 182 pound-feet of torque. It's a shame that Lexus hasn't paired the all-wheel-drive system with the more powerful V6, but it was a task and a half to re-work the Camry with this system already.

You can read all about the engineering behind it in our Camry AWD First Drive. The Lexus uses the same "Dynamic Torque Control" system that’s found in the Camry to dole out the power rearward. It’s scanning for front wheel slippage, driver steering input and throttle input, then sending up to 50 percent of the power rearward when needed. The "Torque Control" part of it is not true torque vectoring, but Toyota’s system can pinch the brakes of the inner wheel when cornering to create the sensation of torque vectoring.

Lexus says the ES 250 AWD has the same legroom, trunk room, ride comfort, cabin quietness and vehicle agility as any other Lexus ES. The Camry AWD has its rear seats raised by 10 mm, but that’s not the case for the ES, as Lexus claims it has the same rear hip point as the front-wheel-drive car. There’s a small benefit in fuel economy dropping down to the slower four-cylinder, as the 250 AWD gets 28 mpg combined, whereas the 350 returns 26 mpg combined. If you want more performance, Lexus is making an F Sport version of the ES 250 AWD.