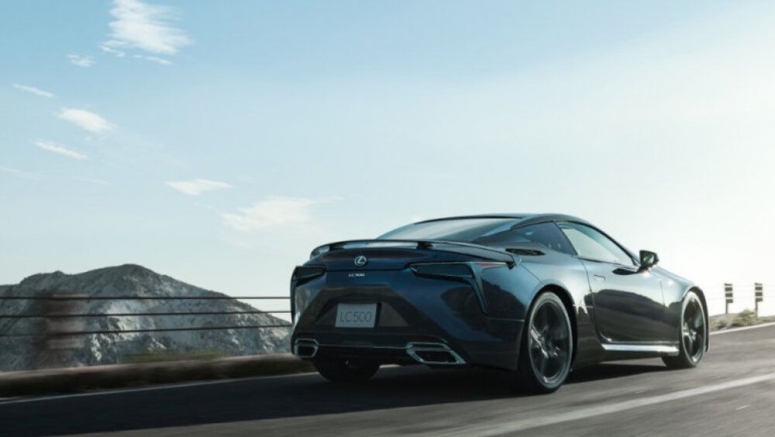 In our experience, there's a notable overlap between enthusiasts of fine automobiles and aviation. Lexus seems to think so too, which is why it is releasing a plane-themed version of its flagship sport coupe. The Lexus LC Aviation will come in both LC 500 and LC 500h form, and features an aeronautic-inspired centerpiece on the rear decklid.

That would be a curved carbon fiber reinforced plastic (CFRP) spoiler that follows the trailing edge arc of the trunk, with two downturned winglets on either end. Lexus says the winglets are functional, generating a vertical vortex that smooths out the turbulence generated from airflow along the car's flanks. The result is improved yaw and steering response, comfort, and stability at high speed.

The wing itself is made by craftsmen from the LFA project, which famously created and used a 3D carbon-fiber loom to weave parts of the V10 supercar's body. Part of the development was conducted with Yoshihide Muroya, an acrobatic pilot and winner of the 2017 Red Bull Air Race Championships.

The rest of the package includes beautifully slim, black, 21-inch split-spoke wheels that you won't find on the standard LC. The trademark "spindle" grille has been blacked out as have the side vent moldings, and head and taillight garnish. The cabin comes in an exclusive color Lexus calls Aviation Black, while other tidbits, like an Alcantara steering wheel, shift knob and door trim, as well as saddle-colored highlights, finish off the cabin. There are no powertrain upgrades.

The only three colors are available are silver, white, and black. Alas, only 70 units will be produced for the Japanese market. It goes on sale Jan. 6, 2021.