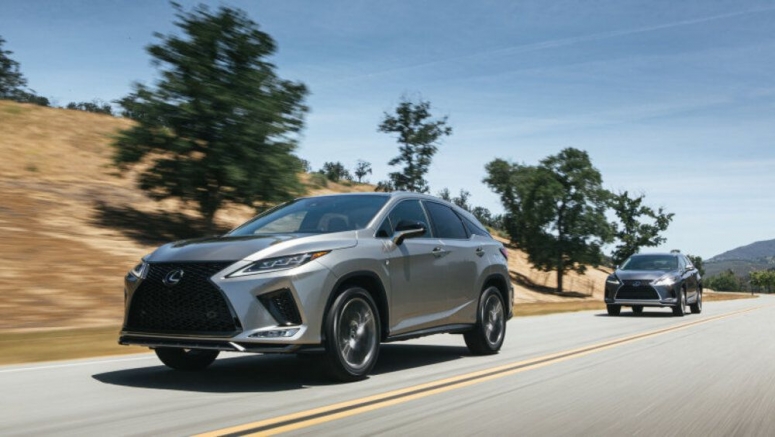 Lexus entered the hybrid segment before a vast majority of its rivals, but it has timidly stayed away from the plug-in hybrid arena. Trademark documents filed in Europe suggest that's going to change sooner rather than later.

Toyota's luxury division asked the European Union Intellectual Property Office to protect the RX450h+ nameplate, and it was granted the trademark in October 2020. It noted the name will be used on "automobiles and structural parts thereof," meaning it's likely going to be a nameplate. It's a familiar one, but the plus makes a big difference.

Lexus already sells a car named RX450h; it's a hybrid version of the fourth-generation RX crossover, which is its best-selling model by a significant margin. Unverified reports claim the plus after the h will denote a plug-in hybrid model that will be powered by an evolution of the gasoline-electric powertrain found in the Toyota RAV4 Prime. It will put at least 300 horsepower under the driver's right foot, and it should be capable of driving on electricity alone for approximately 40 miles, a figure which will put it near the top of its class. It'll be reasonably quick, too.

Rumors are a dime a dozen in the automotive industry, and a trademark filing should never be mistaken for a promise to release the model it details, but this report is more credible than most. Lexus has previously confirmed it will release its first plug-in hybrid model in the early 2020s after shunning the technology for years, and putting the powertrain in the RX makes sense. It sells well (about 111,000 units found a home in the United States in 2019), and it's a relatively big model so it's reasonably easy to equip with a battery pack.

It's worth mentioning that the smaller NX should receive the same powertrain and a similar name in the not-too-distant future, too.

Lexus hasn't commented on the trademark filing, and it hasn't publicly announced plans to release a plug-in hybrid variant of the RX (pictured) or of the NX. If the report is accurate, the crossover will likely make its public debut in the coming months. Whether it will be sold in the United States remains to be seen, however.