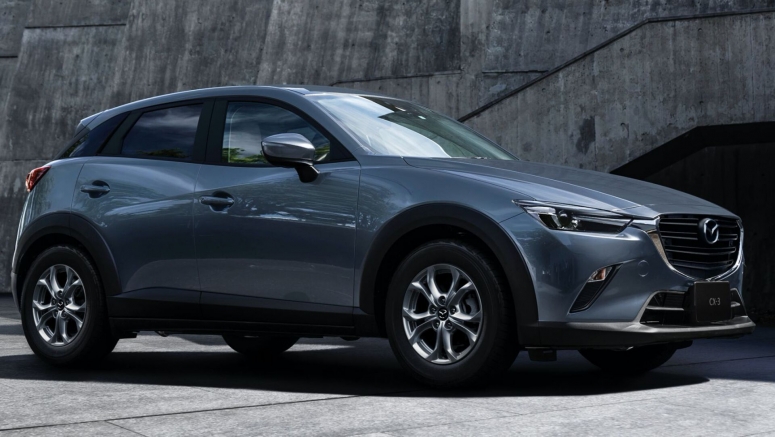 Mazda has updated the CX-3 subcompact crossover in Japan by introducing a new engine and a new available body color.

In addition to the existing 2.0-liter gasoline and 1.8-liter turbo diesel engines, the Mazda CX-3 can now be had with a naturally aspirated 1.5-liter Skyactiv-G gasoline four-cylinder engine.

Unsurprisingly, the Mazda CX-3 is more economical when equipped with this engine than with the 2.0-liter unit. According to the automaker, the CX-3 Skyactiv-G 1.5 front-wheel-drive model averages 17 km/L (equal to 5.9 l/100 km / 40 mpg) on the combined WLTC test cycle.

New engine aside, the Mazda CX-3 is now available with the Polymetal Gray Metallic paint that debuted on the Mazda3 and was recently added to the MX-5 lineup as well. Other updates include the addition of new-generation seats as well as Apple CarPlay and Android Auto connectivity.

Mazda also announced details about the CX-3 100th Anniversary, which will debut in the automaker’s home market in late July. The 1.5-liter engine will be available on the commemorative model, which will combine a Snowflake White Pearl Mica exterior paint with a red leather interior. Other special features will include 100th Anniversary badging on the front fenders, hubcaps, headrests, floor mats and key fob.