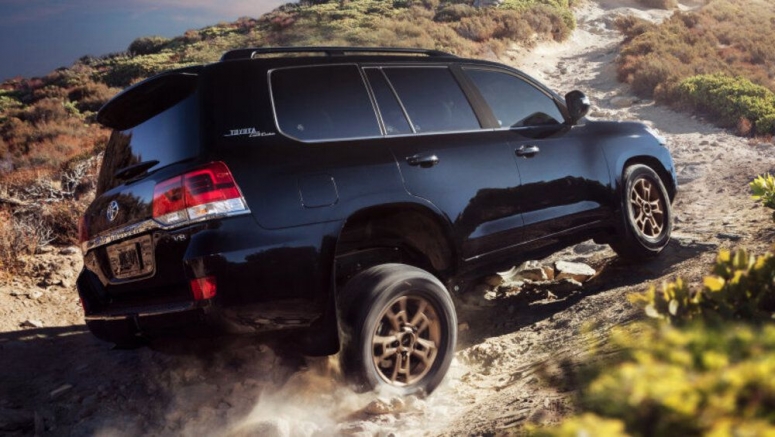 Act fast if you want to explore the outdoors in a new Toyota Land Cruiser. It seems 2021 will be the current-generation SUV's last model year on the American market, according to a recent report, and it's not coming back.

An anonymous dealer source confirmed the off-roader's demise to Motor Authority. "Unfortunately it's gone, which I'm pretty bummed about. It's a punch to the gut for all of us enthusiasts who love the product. There's no illusion it's coming back, and it's completely dead for the moment, " the incognito employee told the publication.

Toyota hasn't confirmed the report, and it hasn't revealed what's next for the 13-year old SUV. All we know at this point is that the Heritage Edition model (pictured) introduced for the 2020 model year is back for 2021, and it's available with three rows of seats. Classic Silver and Magnetic Gray joined black and white on the Heritage Edition's color palette. The entry-level Land Cruiser priced at $86,880 entered the 2021 model year unchanged.

If the report is accurate, it announces the end of one of America's longest-running nameplates. Toyota created its American division on October 31, 1957, and it started selling cars the following year. It sold merely 288 vehicles in the United States in 1958, and only one was a Land Cruiser. Unrestored, it's displayed in a Utah museum.

Motorists who want a big, burly off-roader with Toyota genes won't be entirely out of luck. Lexus will continue selling the LX, its version of the Land Cruiser, in the foreseeable future, according to a post on enthusiast forum IH8MUD that has since been taken down. It will reportedly downsize from a 5.7-liter V8 to a turbocharged V6.

With the Land Cruiser out of the picture, the Sequoia will stand proud as Toyota's biggest and boldest SUV. It's based on the Tundra pickup, so it's nearing the end of its life cycle, and it starts at $51,465 including destination. We've seen the next-generation Tundra testing across America, but the new Sequoia hasn't shown its face yet.

Elsewhere on the planet, the Land Cruiser will be replaced in the coming years with a new model called 300-Series internally. It will likely follow the path blazed by the LX and ditch its V8 in favor of a turbocharged V6, according to unverified rumors, but it will still be as capable off the beaten path as it's always been. The Middle East is the Land Cruiser's biggest market, followed by Australia, so Toyota can't afford to water it down. It needs to retain its off-road capacity even if it loses displacement to comply with ever-stricter fuel economy regulations.

And, in an odd twist of automotive history, the 70-Series Land Cruiser introduced in 1984 could outlive the current, 200-Series model. It's still sold in a number of markets, including Australia, where it's relatively popular.