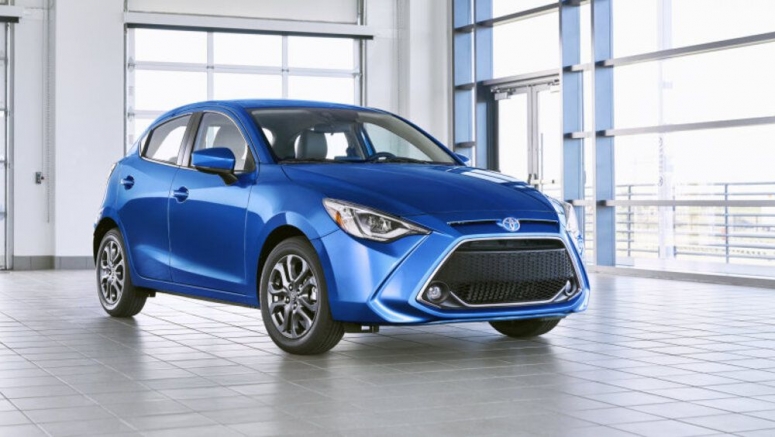 So ends a 15-year run in the U.S. of what has, at times, been one of America's spunkiest hatchbacks. In our review of the 2019 Mazda2-based sedan, we called it slow but "pretty entertaining to drive," one of the "better-looking cars in this diminutive class," and were surprised "at how grown up it feels." Such accolades haven't been enough to convince the buying public; since 2008, when shoppers took home 102,328 Yaris models, the Yaris has posted steep declines in all but three years. A burst of sales in 2017, after Toyota absorbed Scion and turned the Mazda2-based Scion iA into the Yaris iA, fell back into substantial declines in 2018 and 2019. Last year, the Yaris hatch and sedan sold a combined 21,916 units. The Honda Fit did 35,414 sales, the Hyundai Accent 25,628.

The European Yaris and its GR Yaris getaway-car version that's caused all sorts of panting aren't rebranded products from other automakers, but are built on Toyota's own TNGA platform. We don't imagine there will be a direct replacement for the Yaris here, not even the Yaris crossover, considering the model only comes in hatchback form and U.S. buyers have tiny appetites for tiny liftbacks. Probably most damning to the idea of a Yaris return, Toyota's more expensive Corolla hatch and sedan sold 304,850 units in the U.S. in 2019.

We'll miss the Yaris and its manual transmission. At latest count, retiring the model drops row-your-own options in the U.S. to 41.