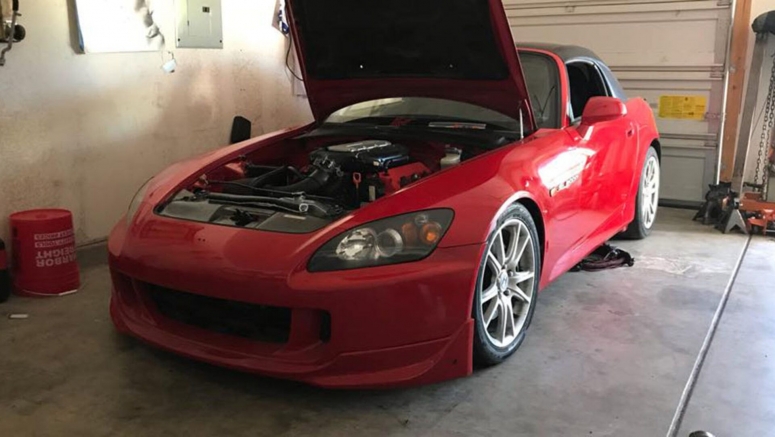 While the 2.2-liter F22C naturally-aspirated four-cylinder of the Honda S2000 is a high-revving jewel, the owner of a red S2000 in Albuquerque, New Mexico decided it didn't have quite enough power.

The engine bay of the S2000 has plenty of room, so the V6 fits in there quite nicely. To get the intake facing forward, Trujillo flipped the intake runners and plugged the EGR port. He then cut the throttle body and welded it back at a downward angle to clear the factory hood before installing a modified K&N S2000 intake system and a factory F22C throttle cable and throttle body. The butterfly actuator has also been removed.

Watch Also: Mugen Honda S2000 Driver Loses It On The Nurburgring While Trying To Avoid An Impact

Other modifications have been made. For example, there is a new K-Tuned billet thermostat housing and a Mishimoto dual-core radiator, the oil pan has also been modified and there is a set of InlinePro exhaust headers.

Coupled to the V6 is the S2000’s standard six-speed manual transmission connected with an InlinePro adapter plate with an ACT clutch and Competition flywheel.

Trujillo doesn’t appear to have put the car on a dyno, so we don’t know just how much power it has. Nevertheless, we’re pretty sure the extra torque has a big impact on how it drives.

Got the misfire figured out. Turns out coils 5&6 were flipped due to the quick disconnect plug. The seatbelt plug flip…