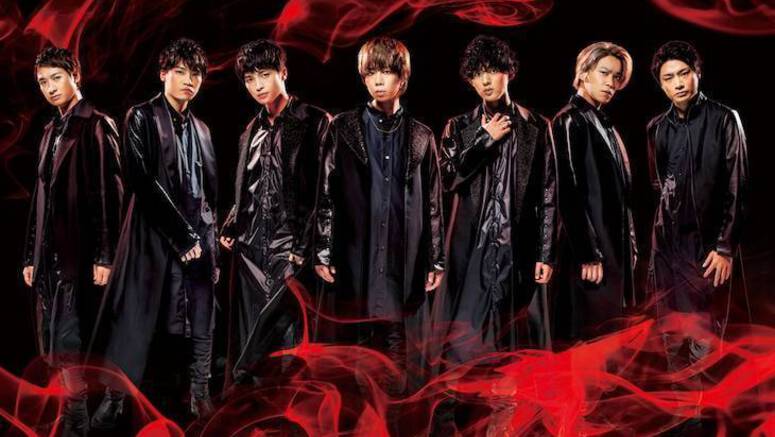 MUSIC STATION has revealed the artist line up for its February 15th broadcast.

Kis-My-Ft2 have revealed the short PV for their new song "Kimi wo Daisuki da."

"Kimi wo Daisuki da" is the title track to the group's new single to be released on February 6. Written by Fujii Fumiya and arranged by Kameda Seiji, it will be used as the theme song for member Kitayama Hiromitsu's starring film 'Tora-san ~Boku ga Neko ni Natta Wake~' to open in theaters on February 15.

Kis-My-Ft2 will release their 23rd single "Kimi wo Daisuki da" on February 6.

Written by Fujii Fumiya and arranged by Kameda Seiji, the title track serves as the theme song for member Kitayama Hiromitsu's starring film 'Tora-san ~Boku ga Neko ni Natta Wake~.' The Limited Edition DVD will contain a drama-like PV for "Kimi wo Daisuki da," its making-of footage, and special footage. Meanwhile, the EXTRA Edition DVD will include live performances of three songs from their dome tour 'Kis-My-Ft2 LIVE TOUR 2018 YOU & ME Extra Yummy!!'

MUSIC STATION has revealed the artist line up for its November 2nd broadcast.

The last time the groups held a winter dome tour was five years ago. For their upcoming tour, they are scheduled to perform two shows in Osaka and two shows in Tokyo. Their official fan club is currently accepting applications for tickets.

Kis-My-Ft2 have revealed the short PV for their new song "Kimi, Boku."

"Kimi, Boku." will be released as the group's new single on October 3. The PV was created with Santorini, Greece in mind. You can see the members doing a shuffle dance called 'kisstep' while sporting a white costume. The full PV and making-of footage will be included in the single's Limited Edition A DVD.

The short PV for Kis-My-Ft2's new song "Because I Love You" has been revealed.

"Because I Love You" will be included in the group's new single "LOVE" due out on July 11.  It's a love song about an immature love that took place during one's elementary school days. In the PV, the members portray the song's worldview with their emotional expressions and movements.

This song will be included in the group's new single "LOVE" to be released on July 11. In the video, you can see the boys performing in roller skates. The last time they used roller skates in a video was "Sha la la☆Summer Time" about two years ago.

Kis-My-Ft2 have unveiled the jacket covers for their new single "LOVE" due out on July 11.

The single's title track is currently being used in the CM for topical itch cream Unacool starring the members of Kis-My-Ft2. It will be released in Limited Editions A & B and a Regular Edition. Besides "L.O.V.E.", the limited editions will include a new song titled "Because I Love You," and the regular edition will contain three unit songs.

Kis-My-Ft2 will release their new single "LOVE" on July 11.

This single will include the number ""L.O.V.E.," which is being used in the CM for topical itch cream Unacool starring the members of Kis-My-Ft2. It will be available for purchase in Limited Editions A & B and a Regular Edition. Besides "L.O.V.E.," the Limited Editions will include a new song titled "Because I Love You." As for the Regular Edition, it will contain three unit songs that are currently untitled. All songs on this single will have the theme of love in different forms.

The members of Kis-My-Ft2 star in the new CM for topical itch cream Unacool.

In the CM, the group promotes the product while sporting a suit and tie. You can also listen to a clip of their new song "L.O.V.E." in the CM.

The artist line up for MUSIC STATION's April 20th broadcast has been revealed.

The next episode will feature performances by Aimyon, Kis-My-Ft2, Kobukuro, GENERATIONS from EXILE TRIBE, Nishino Kana, and Mrs. GREEN APPLE. You can see the full set list below.

It's been revealed that MIYAVI will participate in Kis-My-Ft2's new album "Yummy!!" that's scheduled to drop in stores on April 25.

For this album, MIYAVI provided a new song titled "FREEZE." It's a rock number with the resounding sound of MIYAVI's guitar. The album will be released in Limited Editions A & B and a Regular Edition. The group's singles, such as "PICK IT UP" and "Akai Kajitsu," as well as "FREEZE," and "REAL ME," a unit song by Kitayama Hiromitsu and Fujigaya Taisuke, can be found in the CD. In addition to these songs, the Regular Edition will include solo songs by Kitayama, Fujigaya, and Tamamori Yuta, and a bonus track called "We are Kis My!"

An expert who examined quarantine measures on a cruise ship at Yokohama Port near Tokyo says keeping passengers and crew on board was appropriate for curbing domestic infections.Professor Shigeru Sakurai of Iwate Medical University led an expert team from the Japanese Society for Infection...more

The Nissan Navara is getting a refreshed N-Guard variant in Europe adding new premium features to the pickup truck's range-topping trim.

Japanese health officials say 88 more people on a quarantined cruise ship have tested positive for the new coronavirus, bringing the total number of confirmed cases from the ship to 542.Health ministry officials say that of those recently confirmed infected, 65 are not showing any symptoms.

Thousands of masks stolen from hospital in Kobe

Police in Kobe, western Japan, are investigating the theft of 6,000 surgical masks from a hospital in the city. Masks are in short supply in the country due to the coronavirus outbreak.Staff at the Japanese Red Cross Kobe Hospital noticed last Thursday that four cartons containing 120 boxes of...more

Japan's Foreign Ministry says the new head of the International Atomic Energy Agency will visit the country next week.IAEA Director General Rafael Grossi will visit Japan from Monday to Friday. This will be his first visit to Japan since he took office in December following the death of his...more