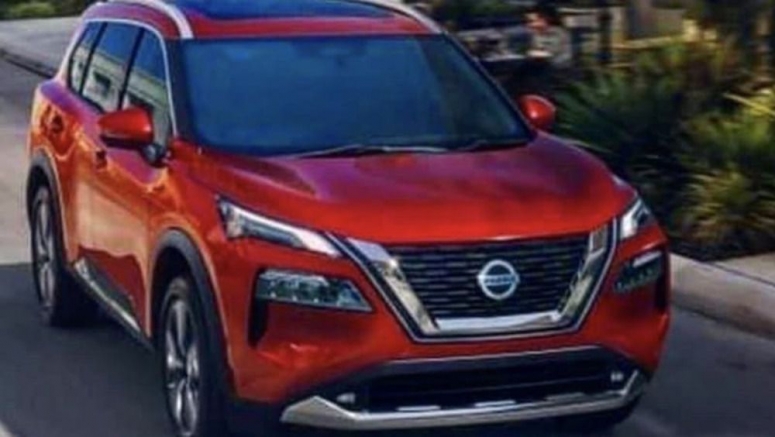 Last we saw of the redesigned 2021 Nissan Rogue was the car itself, leaked in some fuzzy but revealing photos online. Today, some details are trickling out about what's better in the new compact crossover. Power figures and fuel economy numbers were uncovered by CarsDirect, showing minor improvements to both.

The current Rogue is powered by a 2.5-liter four-cylinder engine that makes 170 horsepower and 175 pound-feet of torque. Citing an early document meant for fleet customers, the report claims the new Rogue will make 180 horsepower and 184 pound-feet of torque. Those numbers are only slightly better than before, so we imagine Nissan is simply using an updated version of the current 2.5-liter four-cylinder under the hood.

The power increase brings it more in line with the competition, but still nowhere near the top of the class. A CR-V is standard with 190 horsepower; the RAV4 makes 203 horsepower, and the CX-5 makes 187 horsepower from its base engine. Even the Forester manages to eke past this reported figure with its 182 horsepower, potentially making the redesigned Rogue last in power amongst its Japanese stablemates.

Slightly better fuel economy is also expected, with the EPA combined rating for front-wheel drive models increasing from 29 mpg to 30 mpg. This figure is at the top of the class when it comes to non-hybrid compact crossovers, tying both the CR-V and RAV4 at 30 mpg combined. However, both the CR-V and RAV4 offer much more efficient hybrid models. We’ll also note that the RAV4 is capable of hitting that 30 mpg combined figure with all-wheel drive, but only in the base LE trim. All-wheel drive fuel economy for the new Rogue is still unknown.

Nissan recently axed the Rogue Hybrid from its lineup, so we don’t expect the model to make a return right away (if at all), even as its competitors double down on electrified variants. The Rogue was supposed to be revealed at the NY Auto Show last month, but that day has come and gone. At this point, we’re not sure when Nissan’s hot-selling crossover will make its official debut.