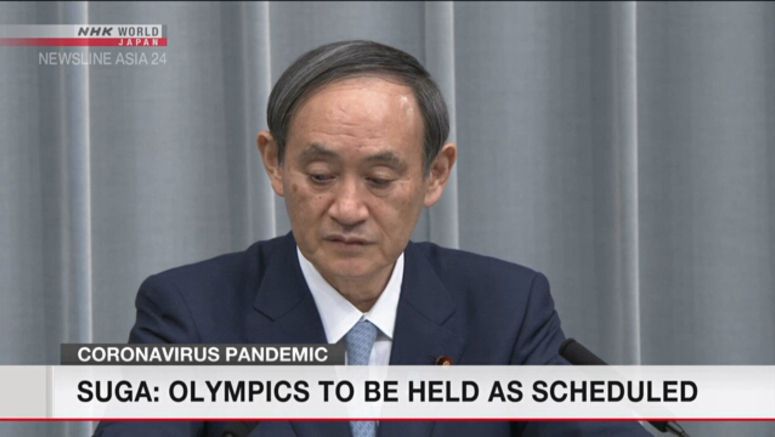 Prime Minister Shinzo Abe told the other leaders that Japan will hold the Olympic and Paralympic Games in their complete form.

Suga explained that none of the global leaders said the Games should be postponed.

He said the government will steadily prepare to host the event as planned while closely working with the IOC, Tokyo's organizing committee and the metropolitan government.

Suga also said Tokyo's organizing committee has informed the government that the torch relay in Japan will begin in Fukushima Prefecture as scheduled on March 26.

Some businesses in Japan reopen