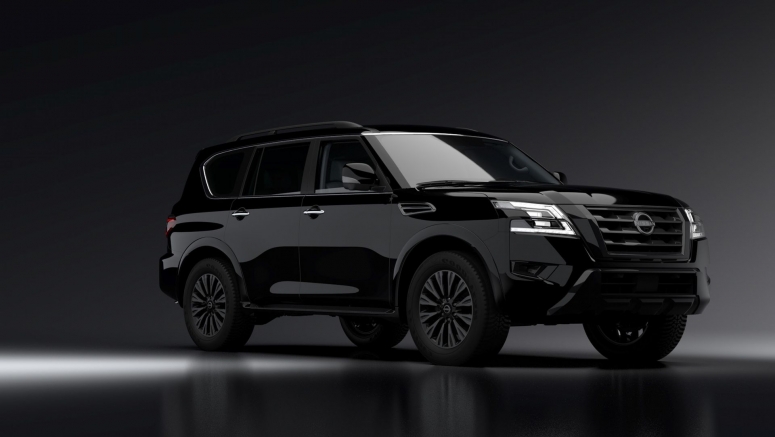 The 2021 Nissan Armada made its debut today, and the changes this year amount to a heavy mid-cycle refresh. Nissan's full-size SUV isn't especially old in model years having debuted in its current form for the 2017 model year, but that doesn't tell the whole story. This generation of Armada is essentially a Nissan-ized Infiniti QX80. At this point, the QX80 is two facelifts on from the vehicle it was when it was all-new in 2011 — at that point, it was still called the QX56. Underneath it all is the internationally-sold Nissan Patrol, which is still the basis of this refreshed 2021 Armada.

Since it’s just a refresh, the Armada’s exterior design changes are limited to the front and rear. Nissan gave it new front fenders, a new hood, new grille design and a new front bumper. To Nissan’s credit, that’s a whole lot of new for a mid-cycle update, and the Armada does project a changed attitude. Its new grille and lighting design stand out the most and bring the Armada into the new decade looking fresh. Nissan also chose to debut its new logo on the 2021 Armada, making it the first Nissan in the U.S. to bear it.

Around back, you get new taillights (LED just like the front lights), a new adornment connecting those lights, and a restyled bumper. It’s much more handsome and clean than before. A new Midnight Edition model will black everything out if chrome isn’t your thing. Unseen are new front windows and an acoustic windshield. Of all the elements requiring work, though, the Armada’s interior was in the most dire straits. Thankfully, Nissan has given it some of the love it deserves.

You’ll immediately notice this interior is far removed from the previous Armada, as it gets a new center stack and loads of tech additions. We’ll still point out that much of the interior is carryover, like the dash, doors and seat design (new leather but still the same seats). The new, large 12.3-inch infotainment system (not a touchscreen) now sits front and center, dwarfing the previous screen. Below this you’ll find new buttons for the audio controls, and below that are the climate controls, all updated to Nissan’s current design language. It’s miles better than the absolute mess of buttons the Armada featured previously.

Hiding behind the rectangle of wood on the center stack is a new storage compartment that hides a wireless phone charger. You get USB (A and C) outlets and a new trailer brake controller (standard on all trims). Other new bits include a fancy mode switch dial and redesigned gear shifter. The bigger screen adds wireless Apple CarPlay functionality, but requires a plug for Android Auto. You’ll also need to use the new dial sitting behind the shifter to navigate around the screen.

A new 7-inch screen is tucked into the instrument cluster between the gauges. And the last two new screens are on the rear of the front headrests. Armada Platinum models get 8-inch monitors with an HDMI input for rear passengers to watch movies.