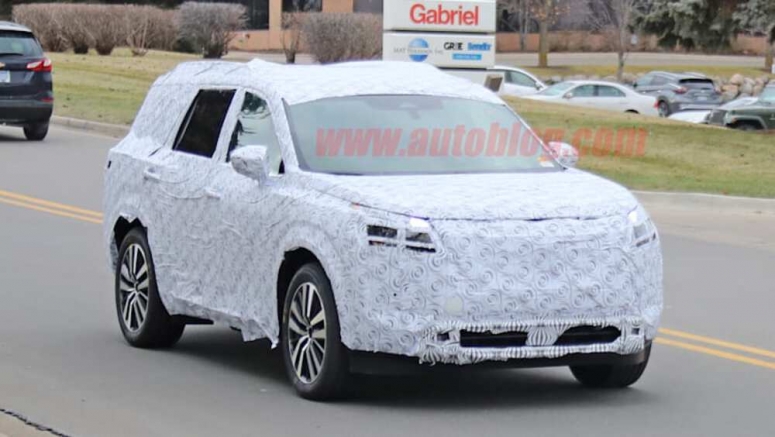 One rumor about the revised 2021 Nissan Pathfinder has cropped up nearly once a month since the beginning of the year. When we covered spy shots of a camouflaged Pathfinder prototype in January, commenter Bryson wrote, "A little birdie told me that the 2021 Pathfinder is ditching the CVT for a 9 speed automatic transmission." In March, a NicoClub forum thread cited a Reddit post for the same intel. In April, Carscoops acknowledged the whispers. Now AllCarNews joins the crowd claiming the disagreeable Jatco CVT is out, a new nine-speed auto is in.

If true, this wouldn't be the nine-speed gearbox going into the refreshed Frontier pickup; a transmission fit for the Frontier's longitudinal engine placement wouldn't agree with the front-wheel-drive Pathfinder's transverse engine placement. The ZF nine-speed that serves Honda and Jaguar Land Rover products among others is a shoo-in for the role if the rumors come true.

There's also the question of where Nissan would install the gearbox in the trim line. The crossover is expected to hold onto the current 3.5-liter V6 with 284 horsepower and 259 pound-feet of torque, and as we've seen with other manufacturers, it's possible that only upper or all-wheel-drive models will get the finer transmission. However, further scuttlebutt contends Nissan will add its variable compression 2.0-liter turbocharged four-cylinder to the lineup and append a hybrid at some later date. In the current Altima, that "VC-Turbo" 2.0-liter makes 236 hp and 267 lb-ft on 87 octane, 248 hp and 273 lb-ft on 93 octane.

When the Pathfinder does show, we anticipate an overhauled cabin that could adopt a flat-bottomed steering wheel, digital instruments, redesigned infotainment hardware and software, plus Android Auto and Apple CarPlay.