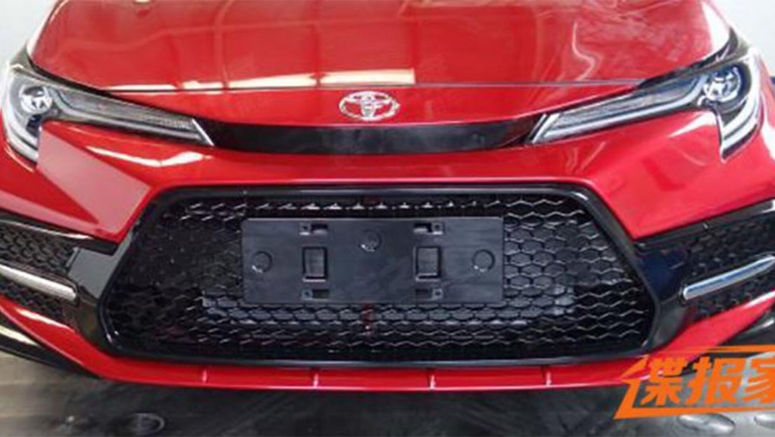 A new version of the Toyota Corolla has been poached by photographers in China flaunting more aggressive styling details than the current compact (and which mimic the North American XSE model). At this point, we should note that we’re not aware if these changes will be limited to a specific version or for the entire range.

The following images, sourced from Autohome, reveal revised front and rear fascias for the sedan. At the front, there remain the same sharp headlights as the Corolla models sold in overseas markets. However, the graphics of the lights appear to have been modified and now incorporate re-shaped LED daytime running lights. In addition, the Toyota badge has been removed from in between the headlights and shifted onto the hood.

Read Also: What We Learned Driving The Older 2019 Toyota Corolla Sedan For A Week In Hawaii

Notable alterations have also been made to the front grille with it now sporting a new black mesh design and gloss black surround. A more angular bumper complements the tweaked grille and consists of black air intakes and horizontal lights. There’s also an additional front chin spoiler.

Some changes are also present at the rear. The most obvious in an aggressive diffuser identical to what the Corolla XSE in the U.S. features. There is also a new black mesh design above this diffuser.

Despite the thoroughly revised front and rear fascias, no mechanical modifications are thought to have been made. This means the sedan will continue to be based on Toyota’s TNGA architecture and is sold locally with the choice of a 1.2-liter turbocharged four-cylinder engine with 116 hp as well as the hybrid 1.8-liter Atkinson cycle naturally-aspirated four-pot producing 98 hp paired to an electric motor.

It remains unclear when sales of the tweaked Toyota Corolla will start in China.