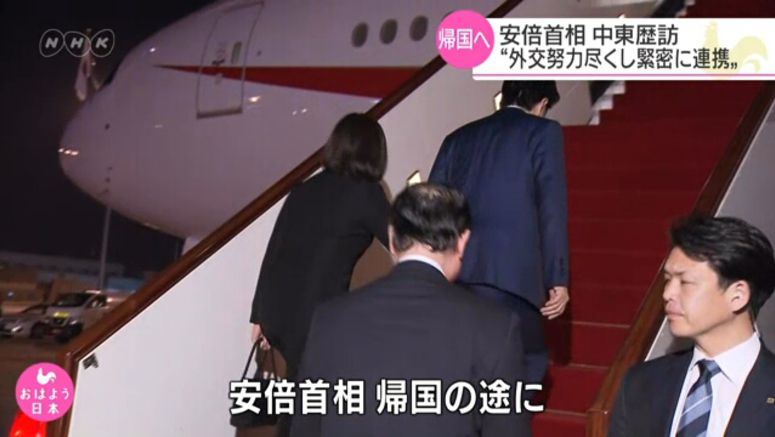 Prime Minister Shinzo Abe is returning to Japan from a three-nation Middle East tour. He agreed with the leaders of these countries that dialogue will be crucial for stabilizing the region and de-escalating tensions.

He agreed with Saudi Crown Prince Mohammed bin Salman that all the countries concerned should join hands to achieve their objectives.

Abe and Oman's leaders agreed that regional issues should be resolved through dialogue. The Gulf state maintains good relations with Iran.

Abe told the Middle Eastern leaders that Japan's dispatch of a Self-Defense Force mission to the region is aimed at ensuring the safe navigation of Japan-related vessels.

The three nations expressed their support for the dispatch. Oman showed its willingness to accept Japan's plan to set up a supply station for the mission in the country.