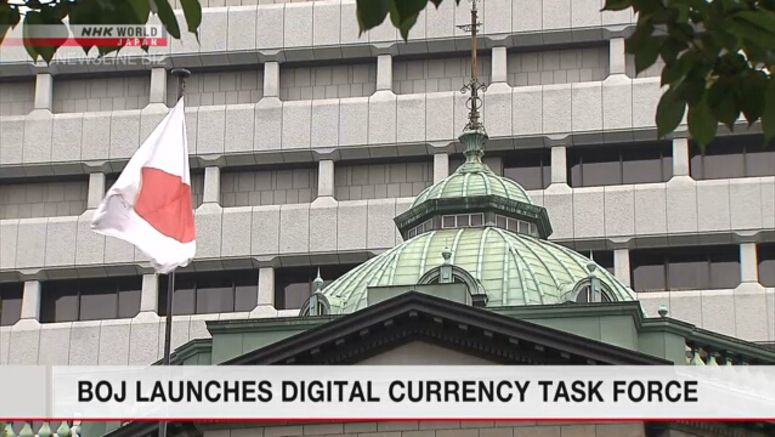 The Bank of Japan has launched a task force to study issuing a digital currency, as such money becomes increasingly popular around the world.

The move comes after government economic guidelines called on the BOJ to examine the feasibility of a digital currency that can be exchanged through smartphones.

The taskforce is looking into the technical challenges of a cryptocurrency in Japan. It will also study the handling of personal information and any legal issues.

The group will coordinate with other central banks and private firms such as telecom carriers.

The BOJ earlier this year agreed to look into digital currencies with the European Central Bank and four other central banks.