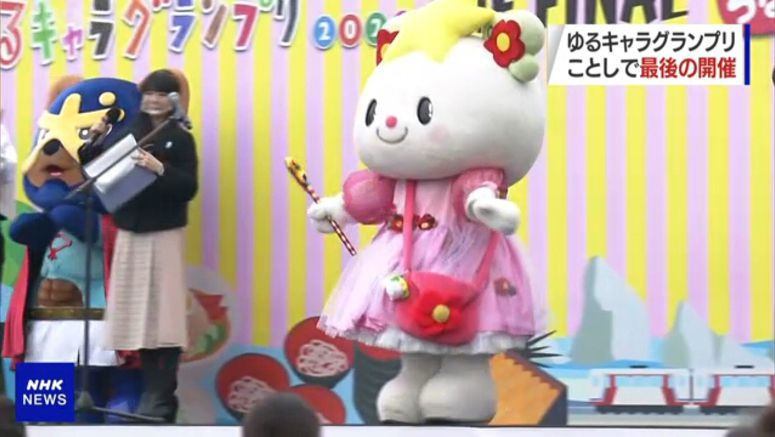 A character representing dreams and hope from the disaster-hit city of Rikuzentakata in northeastern Japan has won an annual contest to decide the country's most popular local mascot.

There were a total of 397 entrants in this year's Yuru- Chara Grand Prix, the last time the contest will be held.

Nearly 14,000 people visited the venue in Takizawa City in Iwate Prefecture over two days through Sunday. Many took photos with the mascots.

Votes for the favorite were cast online and in person by visitors. The winner from Rikuzentakata City in Iwate Prefecture is called "Takata no Yume-chan."

The fairy character was created after the 2011 earthquake and tsunami that hit northeastern Japan. It was hoped that the character would lead children to a safe place and bring them dreams and happiness.

Rikuzentakata Mayor Toba Futoshi said the mascot was created to bring smiles to children's faces. He expressed thanks that the city's mascot had won.

A first grader from the city of Morioka said he enjoyed seeing the various mascots.