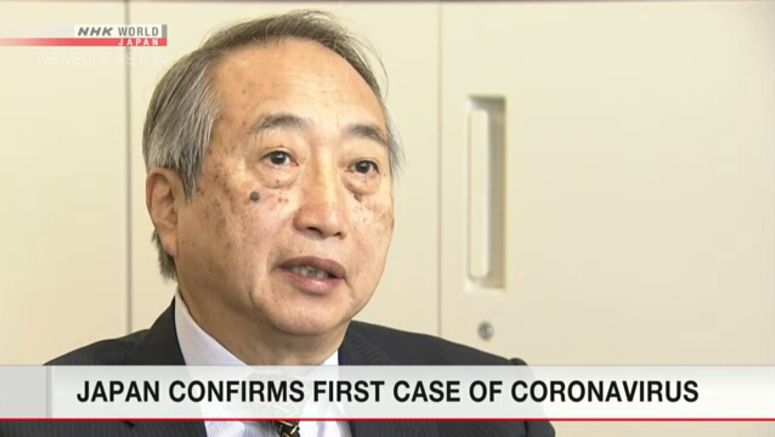 Experts say there's no need to be overly alarmed by the first confirmed case of a new coronavirus infection in Japan. But they also call for vigilance.

Nobuhiko Okabe, head of the Kawasaki City Institute for Public Health, says it's clear where the patient was infected as he had visited Wuhan. He also says human-to-human transmission has been very limited so far.

But he also cautions that little is known about the virus and close monitoring is necessary. He says that theoretically, the virus could mutate and become more virulent and spread more easily among humans.

He says that in Japan, influenza infection poses a higher risk and people shouldn't be too nervous about catching the new coronavirus.

He says the usual measures against flu will probably be effective, such as washing hands and avoiding crowds.

He points out that healthcare workers who have treated patients have not been infected and that infection has not spread widely from patients.

He says there's no sign of the virus spreading quickly and continuously like the SARS virus that caused an outbreak in China and other parts of Asia in 2003.

He says that at the moment the new virus seems to be causing less serious symptoms compared to SARS and other known viruses. He says it's important for authorities to quickly identify the source of infection and grasp the whole situation.