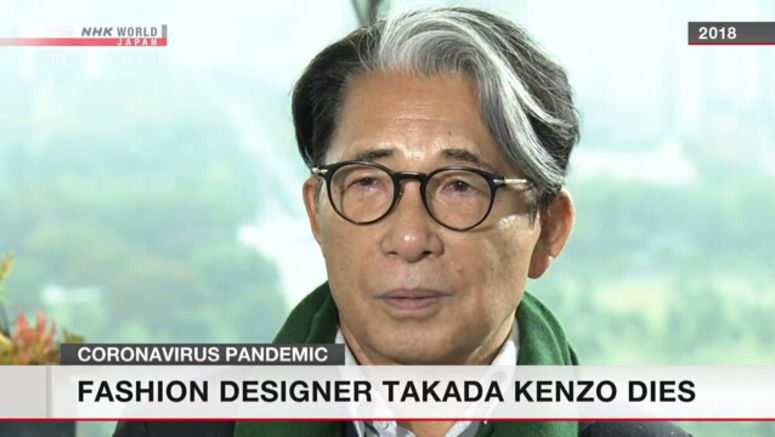 Paris-based fashion designer Takada Kenzo, founder of the global brand KENZO, has died after contracting the coronavirus. He was 81.

His office in Japan says Takada has been in hospital near Paris since he was infected in mid-September. It says his condition deteriorated earlier this month and died at around 4 p.m. on Sunday, French time.

Takada was born in the western Japanese prefecture of Hyogo in 1939. He enrolled at Bunka Fashion College in Tokyo. His classmates included Koshino Junko, who also went on to become a world-famous fashion designer.

Takada moved to Paris in 1965 when he was 25. He gained prominence after he released novel designs based on ethnic clothing and organized fashion shows in pubs and movie theaters, instead of boutiques.

In 1984, Takada was named Knight of the Order of Arts and Letters in France. He also received a Medal of Honor in Japan in 1999.

Takada designed the official uniforms for the Japanese delegation to the 2004 Athens Olympics.