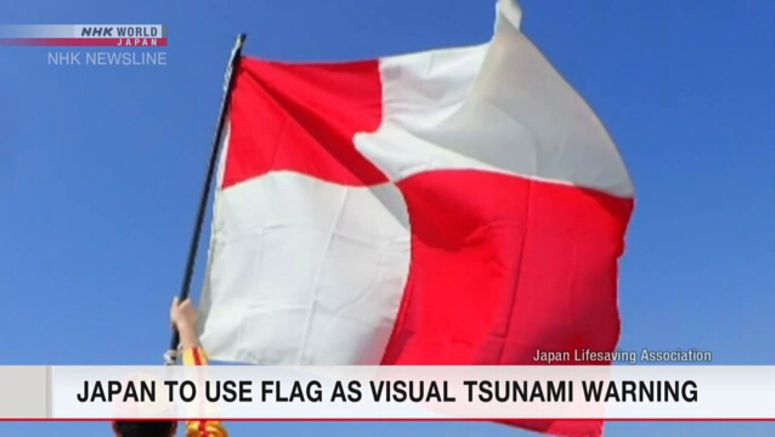 Japan's Meteorological Agency has decided to use a red-and-white flag on beaches as a visual signal to warn people with hearing disabilities about tsunamis.

The agency says people should immediately get out of the water, and evacuate to higher ground, as soon as they see the "tsunami flag."

The flag's design is the same as the U flag's. The U flag is an international maritime signal flag used to warn of danger.

Previously, there was no widely agreed-upon way to warn people with hearing impairments in Japan about tsunamis. After conducting tests with several flags, the agency decided to use the red-and-white one as a signal to warn people.

A lifeguard will likely wave the flag, but only if waving it does not put the individual in danger or prevent the person from escaping.

The agency says that a visual signal is effective, since sounds, such as waves and wind, sometimes make it difficult to hear sirens and announcements.