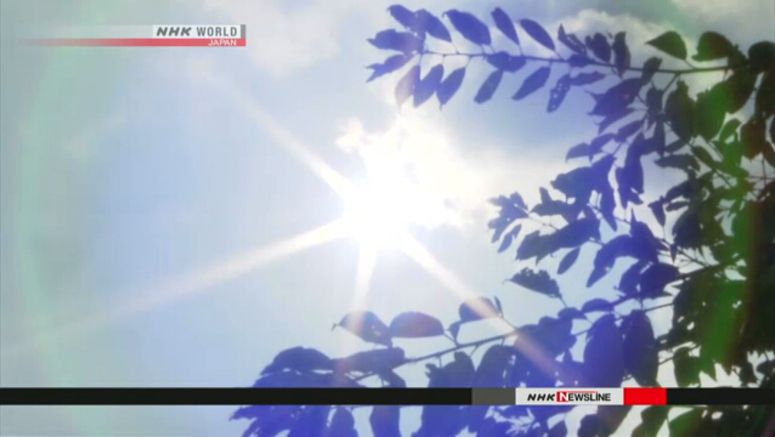 Japan's weather officials say higher-than-normal average temperatures are expected across the country from July through September.

The Meteorological Agency said on Wednesday that two high-pressure systems -- one from the Pacific Ocean and the other from the Tibetan Plateau -- will overlap near Japan in the next three months.

Officials say this will likely bring extreme heat to much of the country.

Cases of heatstroke tend to surge in Japan in July and August. Last year, more than 50,000 people were taken to hospital during the two months. More than 100 died.

Officials say people should be even more careful this year because they're being asked to wear face masks to prevent spreading of the coronavirus.

Authorities say people can remove their masks if they are outdoors and socially distanced from others. Those wearing masks are urged to refrain from vigorous exercise and to stay hydrated.