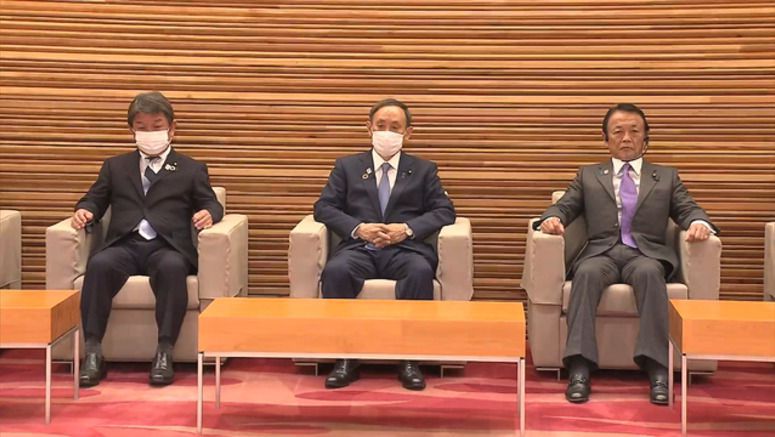 The Japanese government has approved a record draft budget worth more than 106 trillion yen, or about 1 trillion dollars, for the next fiscal year.

The plan was approved at a cabinet meeting on Monday.

A record of around 347 billion dollars would be allocated to cover social security costs, up more than 1.5 billion dollars from this year. The rise is attributed to Japan's aging population.

The government proposes earmarking 51 billion dollars for defense. The figure is also the highest on record, and marks an increase of about 590 million dollars.

Another 48 billion dollars would be set aside to deal with the coronavirus pandemic.

The government expects tax revenue to drop by more than 58 billion dollars to 555 billion due to the pandemic's impact on corporate earnings.

Issuance of new government bonds would surpass 420 billion dollars. The figure would account for more than 40 percent of total revenue, and mark an increase of 107 billion dollars from this year's initial budget.

It would be the first time in 11 years that bond issuance exceeds the previous year's initial plan.

The government plans to submit the draft budget for fiscal 2021 to the Diet early next year.