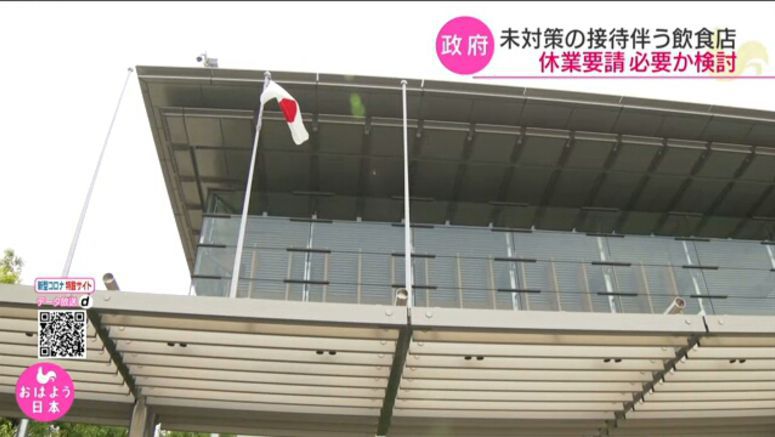 Japan's government is considering whether to request business closures for nightlife establishments that fail to follow its guidelines to prevent the spread of the coronavirus.

A request based on a special law to tackle the outbreak is under consideration for non-compliant businesses where staff and customers come into close contact.

The move is in response to a rising number of new cases in Tokyo, Osaka and other metropolitan areas.

Prime Minister Abe Shinzo told Osaka Governor Yoshimura Hirofumi on Tuesday that the government is on the alert and closely monitoring the situation.

Abe said he wants to contain the spread of the virus by taking thorough steps to prevent clusters of infections.

Many of the recent cases involve young people, but the government is increasingly wary that they could transmit the virus to elderly and other vulnerable people.

The government will start the "Go To Travel" subsidy program on July 22 to boost domestic tourism hit hard by the outbreak.

But opposition parties argue that it won't be as effective as expected under the current circumstances.

Local authorities are also expressing concern that travelers might bring the virus into their communities.

Some members of the government point out the need to take into account the infection situation and public opinions.