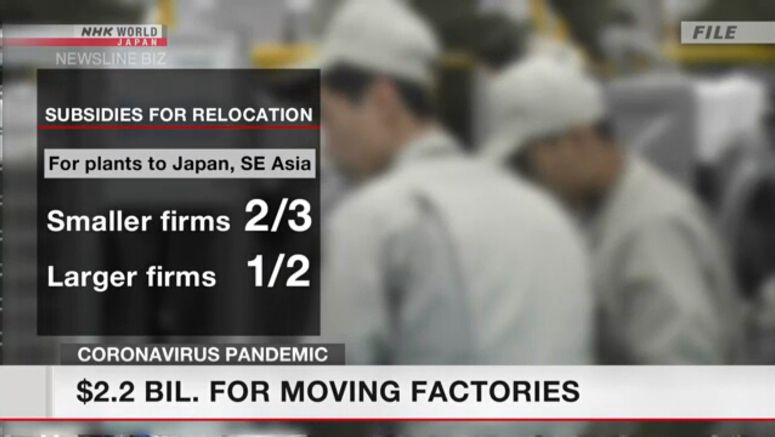 The Japanese government is set to announce emergency economic measures on Tuesday to deal with the impact of the coronavirus. The package is worth about one trillion dollars. Tokyo plans to issue additional bonds to help fund the spending.

Prime Minister Abe Shinzo has said that the scale of the stimulus will be unprecedented equivalent to about one-fifth of Japan's gross domestic product.

Also as part of the package ... the government plans to secure enough of the flu drug Avigan by the end of next March to potentially treat up to 2 million people infected with the new coronavirus.

There is also a plan to provide 300,000 yen, or about 2,800 dollars, to households whose income has fallen significantly due to the pandemic as well as additional child allowances.

After the spread of the infection is contained, the government plans to take steps to stimulate consumer spending, boost tourism and promote entertainment events and exhibitions.