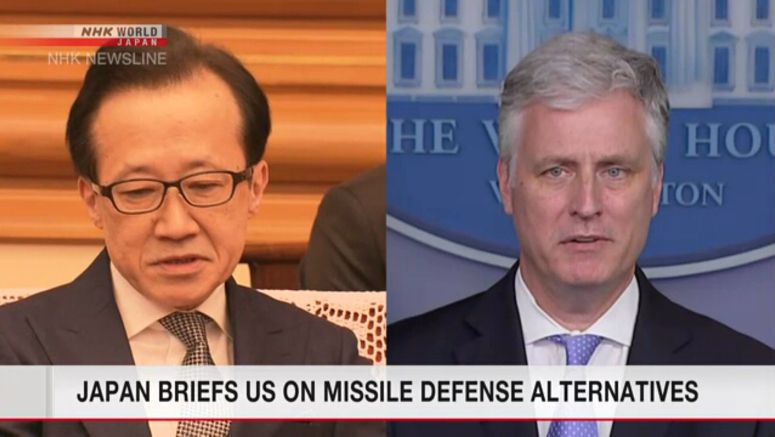 Japan's national security adviser has told his US counterpart that Tokyo is studying alternatives to the US-designed Aegis Ashore missile defense system.

He also pledged close cooperation with Washington to promote a free and open Indo-Pacific.

Kitamura said the Japanese government is working toward a new policy on missile defense that will include a replacement for Aegis Ashore.

The two officials discussed economic cooperation and the Indo-Pacific security situation. They also pledged to continue working closely together.