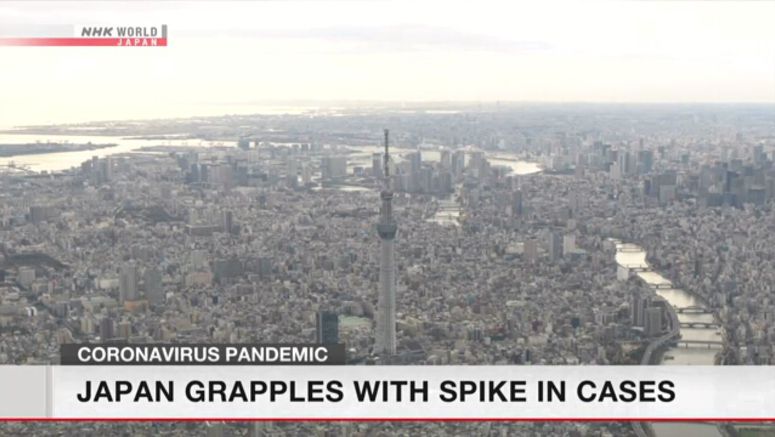 Officials in Japan's western prefecture of Osaka plan to call on all residents to refrain from leaving their homes for any non-essential reason until mid-December. This follows a surge in the number of coronavirus cases with severe symptoms.

Osaka Governor Yoshimura Hirofumi said, "It's getting harder to provide treatment to people with serious symptoms. This is the right timing to issue a red alert. It's a declaration of an emergency in medical care. Our first priority will be protecting life."

The governor says the occupancy rate of the prefecture's hospital beds set aside for serious cases is expected to soon reach 70 percent.

On top of the call for people to stay home, officials plan to extend their request for bars and restaurants to close early until December 15.

To date, the number of people who've tested positive in Tokyo has exceeded 42,000. 54 are currently in serious condition.

Tokyo's hospitals have 150 beds for serious cases. The metropolitan government is asking them to increase that to 200. Officials say they want to prevent the spike in severe COVID-19 cases from affecting treatment for other diseases.

They're also asking medical institutions to allocate more beds to coronavirus cases that are not serious.

Authorities across Japan have reported more than 156,000 cases since the pandemic began. Over 2,200 people have died.