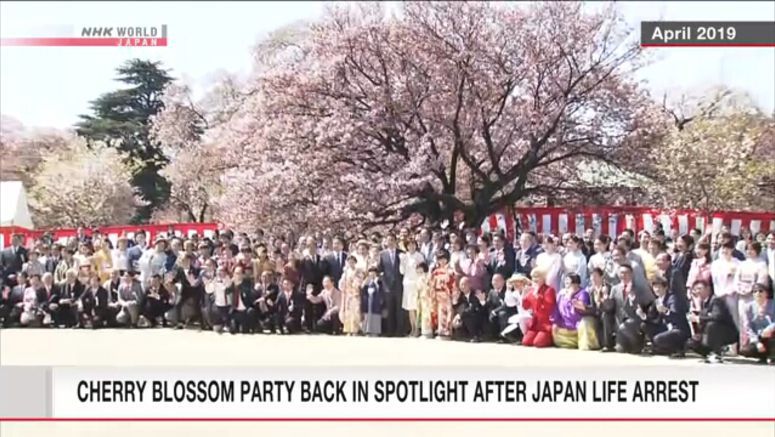 Lawyers for the victims say Japan Life solicited clients by displaying on company materials an invitation to a party funded by the Japanese government. The invitation was addressed to the firm's former chairman.

The company allegedly showed potential clients documents at seminars and other events in 2015. The documents reportedly said, "Chairman Yamaguchi Takayoshi has received an invitation from the prime minister" to an annual cherry blossom-viewing party.

A photo of then-Prime Minister Abe Shinzo and copies of both the invitation and reception card were printed on the materials.

Members from opposition camp say that, based on the reception card's number, then-Prime Minister Abe was the one who invited Yamaguchi. They questioned Abe in the Diet.

Last December, Abe said at an Upper House plenary session that he had never met Yamaguchi one-on-one and that he had no personal relationship with him.