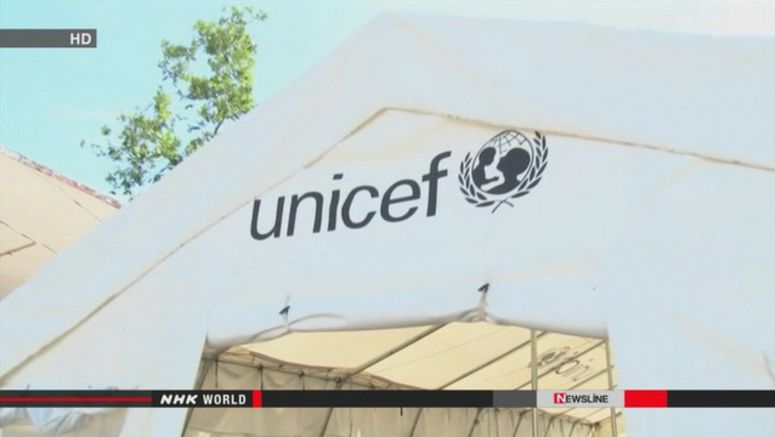 Japan has ranked 20th out of 38 in a UNICEF report on the well-being of children in the world's richest countries.

In the report released on Thursday, UNICEF evaluated the well-being of children of high income countries that are members of the OECD or the EU. The result was based on three dimensions: mental well-being, physical health and skills for life.

The Netherlands came out on top, followed by Denmark, Norway, Switzerland and Finland.

While Japan's children came first in physical health, which was measured by the percentage of overweight children and child mortality, they finished second last in the category of mental well-being. Mental well-being was evaluated using data on life satisfaction at age 15 and adolescent suicide.

As for skills, Japan placed 27th, ranking high in academic proficiency but lagging in social skills.

UNICEF says the latest survey was carried out before the spread of the coronavirus outbreak.

Anna Gromada of the UNICEF Office of Research-Innocenti -- one of the report's writers -- says the COVID-19 crisis is having a major impact on children. She says mental health services for children and adolescents "needs to be taken seriously."

The previous UNICEF report on the well-being of children in rich countries was released in 2013. That report covered 31 countries and was based on different sets of data. In that report, Japan ranked 6th overall.