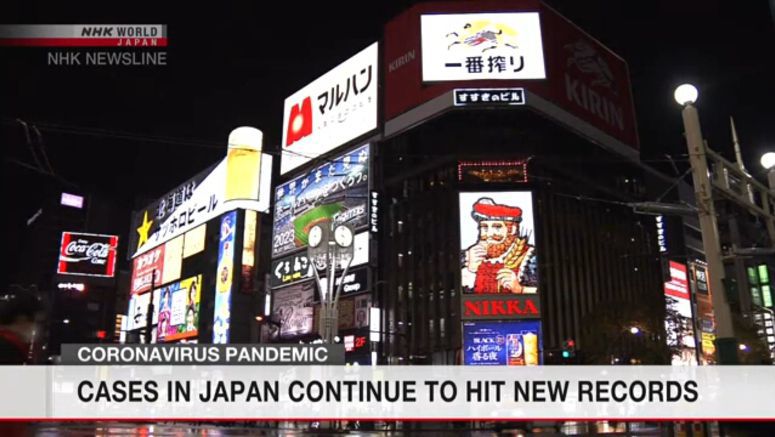 Officials in Japan reported a record 1,685 new coronavirus cases in the country on Friday. That's the highest daily tally so far, topping the previous record confirmed on Thursday.

Nine people in six prefectures died of the disease, including four deaths in Saitama.

Health ministry officials say that as of Friday, 231 people with severe cases were being treated with respirators and intensive care.

The Tokyo Metropolitan Government says it confirmed 374 new cases in the capital on Friday.

The daily figure has topped 300 for the third straight day.

The total number of confirmed cases in Tokyo now stands at 34,144.

The cumulative total of confirmed cases in Japan now stands at 116,220, including 712 on a cruise ship.

Confirmed deaths in the country have reached 1,895, including 13 on the ship.