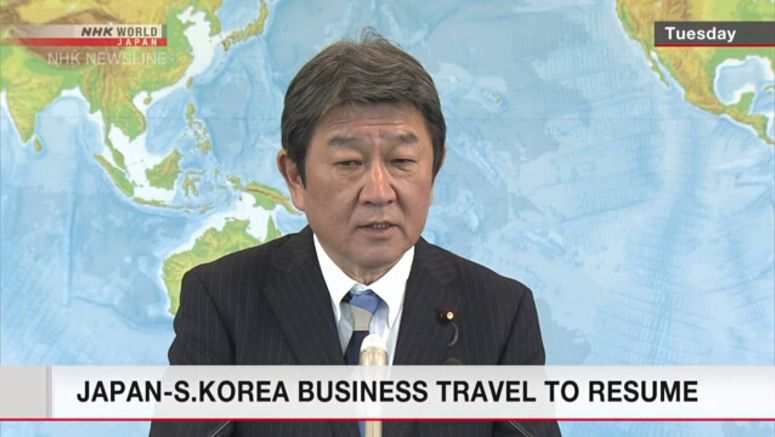 Japan and South Korea have agreed to reopen business and other travel between the two countries on Thursday.

In addition to businesspeople arriving for short- and long-term stays, students and other education-related people from each country will be allowed to visit the other.

South Korea is the second country after Singapore with which Japan is mutually easing entry limits in this way.

Motegi told reporters that it's important to have exchange of people between the two neighboring countries though they are currently going through a difficult time.

He said it's essential for the two nations to put their economic exchange on a recovery track.

Lee stressed that his country is ready to apply these measures with other countries and support economic activities.