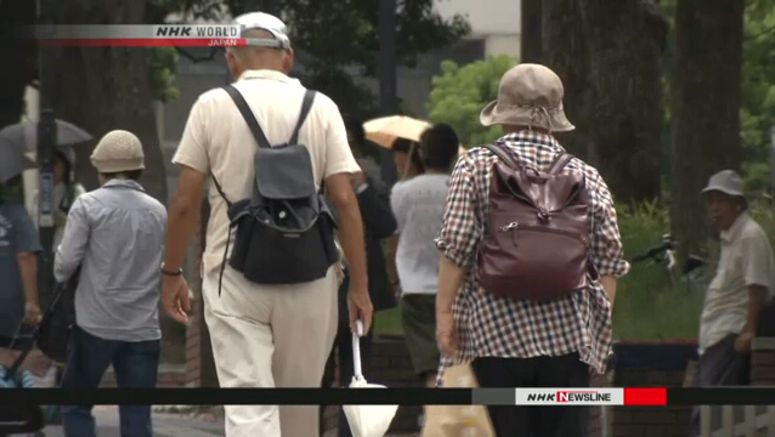 The health and welfare ministry says the average lifespan was 87.45 years for women and 81.41 for men.

The figures fell in 2011, when a massive earthquake and tsunami hit eastern Japan.

Women in Japan have the second-longest lifespan after Hong Kong, while men came in third behind Hong Kong and Switzerland.

Death rates from cancer, heart ailments and cerebrovascular diseases are declining in Japan.