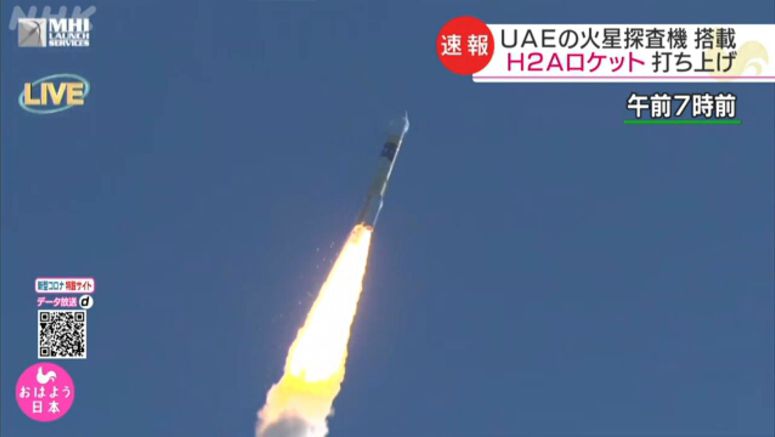 A Japanese rocket has been launched, carrying the United Arab Emirates' Mars explorer into space.

The launch was originally set for last Wednesday, Japan time, but was postponed due to bad weather.

The explorer measures about 8 meters wide and weighs roughly 1.5 tons. The UAE plans to put it into Mars' orbit in 2021, when the country celebrates 50 years since its foundation.

Mitsubishi Heavy Industries conducted the launch. It is the fourth time for the Japanese company to use the H2A vehicle to launch a foreign satellite into space.

The firm is aiming for a success to boost its stature in the increasingly competitive satellite-launching business.

But to prevent the spread of the coronavirus, officials in Minamitane Town, where the launch pad is located, have closed areas usually reserved for people to watch a rocket liftoff.