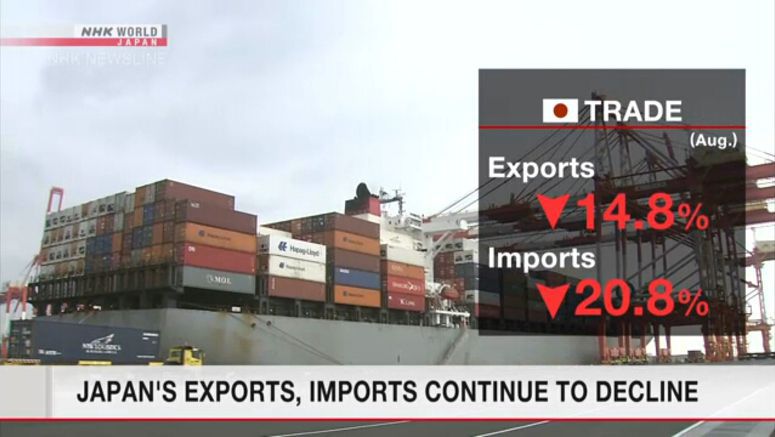 Exports slid nearly 15 percent in August from a year earlier, while imports tumbled about 21 percent.

Although both figures were double-digit declines, they represent an improvement compared to July.

Exports to the United States and European Union fell by around 20 percent.

But shipments to China increased 5 percent, rising for a second straight month as the world's second largest economy recovers from the pandemic.

Imports from the US and EU fell 22 percent, while imports from China dropped 7 percent.

Japan posted a trade surplus of 248 billion yen, or approximately 2.4 billion dollars for August, marking a second straight month in the black.