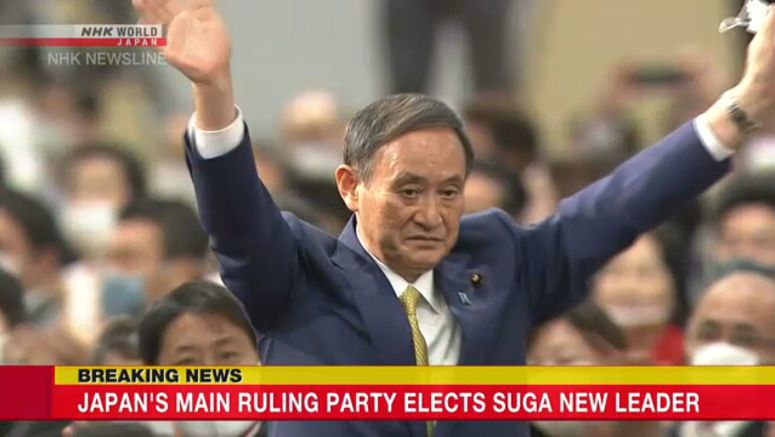 The 71-year-old politician is virtually assured to succeed Prime Minister Abe Shinzo, who announced last month his intention to step down to deal with his health.

Suga said, "We cannot afford to have any political void while our country faces the challenge of the spread of the coronavirus. We have to continue to press forward with the efforts Prime Minister Abe has been making to overcome this crisis so all citizens can live their lives with peace of mind. That is my mission."

After the vote, the top government spokesperson reiterated his priorities.

He wants to push forward administrative reform to create a more efficient government.

He also says he will create a social security system which protects people while also encouraging them to help each other.

Suga will almost certainly win, since both Houses are controlled by an LDP-led coalition.