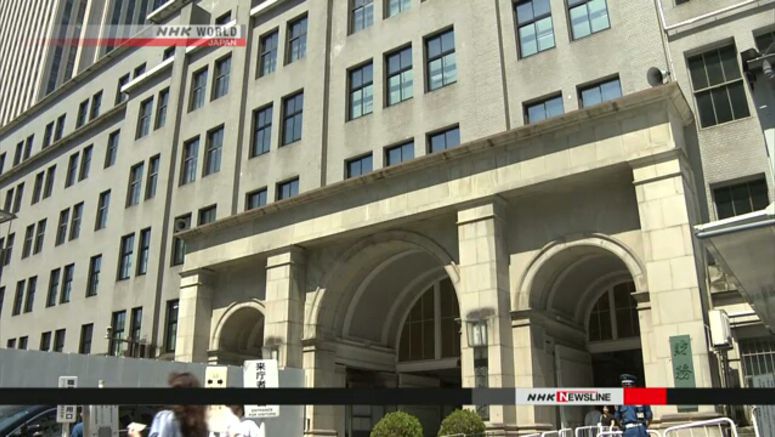 Japan's national debt has hit a new high for a fourth straight year.

The Finance Ministry says government debt stood at 1,114.54 trillion yen, or about 10.45 trillion dollars, at the end of March. That's an increase of about 104.85 billion dollars from a year earlier.

The increase primarily stems from the issuance of government bonds to cover growing spending on the aging population such as medical and nursing care costs and pension payments.

Japan is set to issue more bonds this fiscal year to deal with the impact of the coronavirus outbreak. The government relies on bond issuance to fund the supplementary budget for fiscal 2020, worth about 234.3 billion dollars, in a bid to prevent a plunge in the domestic economy.