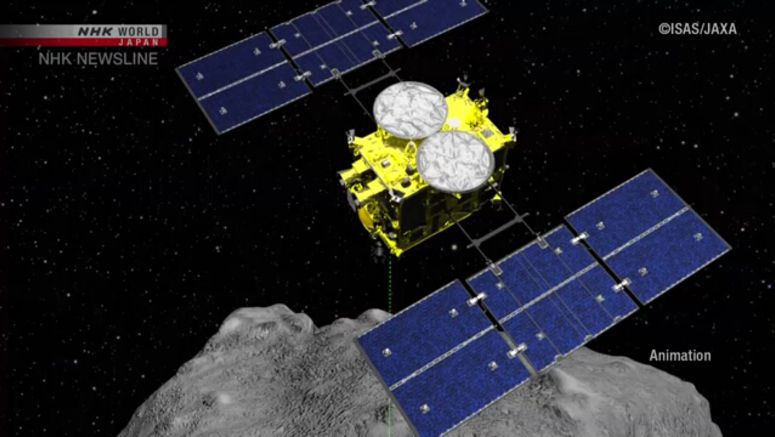 Scientists at the Japan Aerospace Exploration Agency, or JAXA, have been working to open the storage device of a capsule released by Hayabusa2.

The capsule, which contains samples from the remote asteroid Ryugu, landed in an Australian desert on December 6.

At an online news conference on Thursday, JAXA scientists said they established there were a number of samples containing pieces of gravel measuring nearly one centimeter in size.

The samples are believed to have been collected during the probe's second touchdown on Ryugu.

Earlier, the JAXA researchers said they found a number of sandy particles inside the storage device from the capsule. They said the particles, each measuring several millimeters in size, are believed to have been collected during the probe's first touchdown on the asteroid.

They also said they believe what appear to be silver metallic pieces in the samples is likely to be aluminum used in the Hayabusa2 probe. They said they had expected the metal to be mixed into samples and it would not affect analyzing the samples.

JAXA plans to spend the next six months or so cataloging the samples before it launches a detailed analysis of them.

Usui Tomohiro, who heads one of JAXA's research groups, said that the amount collected is larger than expected, but work is proceeding smoothly.