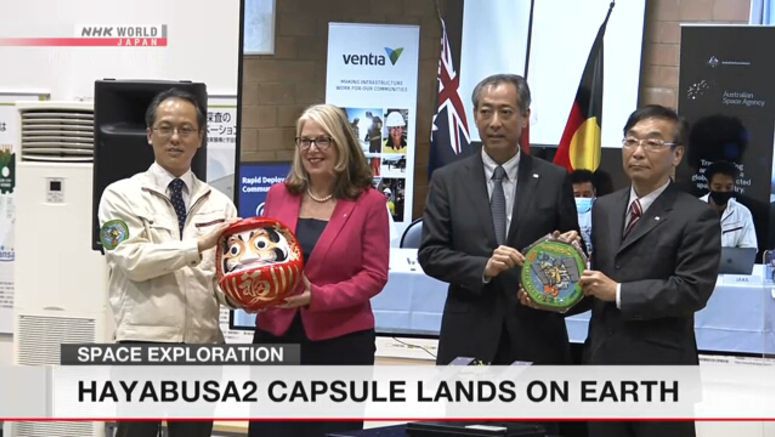 Officials at Japan's space agency say the return of the Hayabusa2 capsule shows they have developed the technology to make round trips between planets.

The Japan Aerospace Exploration Agency, or JAXA, held a news conference on Sunday after the capsule, which is believed to contain sand samples from the Ryugu asteroid, landed in an Australian desert.

The project manager, Tsuda Yuichi, said the capsule is in perfect condition. He added that the technology to make round trips between planets has now been established after the probe's predecessor opened the door.

The capsule will be flown to Japan, and will be opened at a dedicated facility for analysis by researchers.