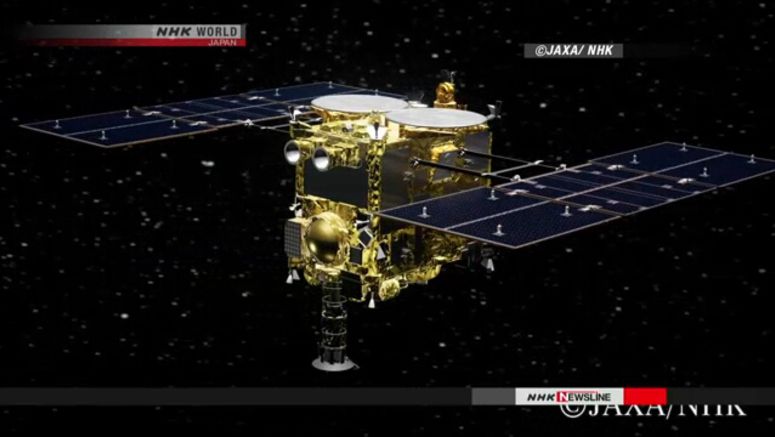 Japanese scientists are making final preparations to retrieve a capsule that will be released from Japan's space probe Hayabusa2. The capsule is scheduled to land on a desert in Australia early on Sunday, local time.

The Japan Aerospace Exploration Agency, or JAXA, plans to land the capsule, which is believed to contain sand that the probe collected from an asteroid called Ryugu. The landing will take place at around 2:50 a.m. on Sunday, Japan time.

The landing area in southern Australia is usually tightly restricted by the military.

But on Friday reporters were allowed to visit a facility that will serve as the base for the retrieval of the capsule.

Officials at JAXA's control center in the facility were checking procedures, so that they will be able to identify the landing point, based on data from radar installed in the desert.

The region is home to indigenous Aboriginal people.

A ceremony to welcome JAXA officials was held in a nearby village. An Aboriginal man said he welcomes the Japanese people who have come. He added he is praying that the capsule will land in the region safely.

A senior JAXA official, Fujimoto Masaki, expressed his gratitude for Australia's cooperation. He said the region is the best place for the operation because the land is wide and flat. Fujimoto added that the people there are wonderful.